The stability of pharmaceutical forms over time and maintaining their quality in different storage and transport conditions is a very important aspect of the pharmaceutical industry. Thus, to determine the validity of the pharmaceutical product, the level of active substance in the pharmaceutical form is tested following the ICHQ1A norms from the European Pharmacopoeia.
This paper aims to perform stability tests on ketoprofen 100mg tablets. Long-term stability studies (36 months) were performed at a temperature of 25 ± 2o C and relative humidity 60 ± 5% and short-term stability studies were performed under accelerated conditions (6 months) at 40 ± 2oC and relative humidity 75 ± 5%. The amount of ketoprofen released from the 100mg ketoprofen tablets was determined by high-performance liquid chromatography. According to these studies, it was shown that the validity of ketoprofen 100mg tablets can be 3 years, the amount of ketoprofen contained in tablets being over 95% after 36 months.

At an international level, a guide was elaborated for stability studies, and the tests were chosen depending on the climatic conditions in each area, establishing the conditions for those studies, both in determining the active substance and in determining the finished product, as follows: for long-term study (minimum 12 months) at 25 ± 2 o C and relative humidity 60 ± 5% and short-term study (6 months) at 40 ± 2 oC and relative humidity 75 ± 5% [4].

The purpose of the stability test is to provide evidence of the quality of a substance in a particular pharmaceutical form and how its quality varies under the influence of environmental factors such as temperature, humidity and light. The data of the stability study must confirm that the pharmaceutical product continues to meet its specifications throughout validity in the region in which it is registered. Stress testing is performed to evaluate the drug under high temperature and humidity conditions. The data obtained are useful for understanding the stability profile of the drug during manufacture, storage and transport. These studies provide an insight into the degradation products and establish the reactions that lead to the degradation of pharmaceutical products. The study of stability under stress should be discontinued when 5-20% of the active substance has been lost [4].

Ketoprofen is a drug with an anti-inflammatory action that belongs to the class of non-steroidal anti-inflammatory drugs. Ketoprofen was first synthesized by the Rhone-Poulenc Research Laboratories, Paris in 1967 and it was approved for use in France and United Kingdom in 1973. A few years later, FDA (Food and Drug Administration) approved the use of ketoprofen in the treatment of rheumatoid arthritis.

Ketoprofen, 2 - (3-benzoylphenyl) propionic acid, is used in a variety of acute and chronic inflammatory diseases such as rheumatoid arthritis, osteoarthritis or ankylosing spondylitis [5-7]. In recent years, favourable therapeutic effects have been registered in the prevention of colorectal cancer and neurodegenerative diseases such as Alzheimer or Parkinson's disease [8]. This drug is available as a capsule, tablet, solution, solution for injections, suppository and gel [9].

This substance is presented as a white crystalline powder with a melting point at 93-96oC [10, 11]. It is soluble in acetone, ethanol, methylene chloride and strongly alkaline solutions [12]. It is slightly soluble in water and acidic solutions [13].

This paper aims to highlight the in vitro stability of ketoprofen embedded in solid pharmaceutical forms (coated tablets) as a function of time under stress conditions such as temperature and high humidity. The stability studies have been performed following ICHQ1A standards from the European Pharmacopoeia. Stability studies of ketoprofen tablets were performed both in short term (6 months) and in accelerated conditions (temperature 40 ± 2º C and a relative humidity 75 ± 5%), and also in long term (36 months) and conditions with temperature 25 ± 2ºC and relative humidity 60 ± 5%.

Under the same conditions, the variation in time of the average mass of the tablets was followed.

According to the stability analyses performed, it was established whether the studied pharmaceutical form corresponds to the quality norms for the entire validity period assigned at the time of placing on the pharmaceutical market.

10 tablets were mixed (at different time intervals) with a reported content of 100 mg ketoprofen. Then the powder corresponding to the weight of one tablet (approximately 311 mg) is mixed with methanol in a 100 ml volumetric flask. A dilution with methanol is done to obtain a solution of concentration 0,1 mg/ml which after filtration is analyzed and the ketoprofen content is determined according to the calibration curve made with Ketoprofen (pure substance) using the following equation: y = 1.1159x.

Stability study in accelerated conditions in the short term

To monitor stability, samples were taken at 3 months and 6 months, respectively, which were maintained at a temperature of 40 ± 2oC and relative humidity of 75 ± 5% [3]. In the study, the ketoprofen content was determined by the HPLC method following the working technique described above. All analyzes were performed in triplicate, 10 tablets were used for each series.

Under the conditions described above for the short-term and long-term study of the stability of ketoprofen 100 mg film-coated tablets, the average mass per tablet expressed in mg was determined. Thus, 20 film-coated tablets were consecutively and individually weighed at 3 months and 6 months for the study of short-term stability in accelerated conditions, respectively at 3, 6, 9, 12, 18, 24 and 36 months for the study of long-term stability [22, 23].

To meet the quality standards for ketoprofen 100mg film-coated tablets, no more than 2 tablets should vary from the average mass with a percentage deviation of more than 7.5% [4].

According to the application of the stability study method in accelerated and short-term conditions of ketoprofen in the form of film-coated tablets, the following results presented in Figure 1 were obtained at the specified time intervals (3 months and 6 months).

Under the same test conditions for a confidence factor of 95% (the minimum accepted by the quality standards of the European Pharmacopoeia), the line corresponding to the variation of the ketoprofen content in tablets after dissolution has the following equation: y = - 0.2117 x + 103.15.

The long-term stability study aimed to verify the validity period by checking the evolution of the quality parameters. The variation of the ketoprofen content from the tablets as a function of time is represented by a line with the following equation: y = - 0.1724x + 103.77 (where y = Ketoprofen content expressed in mg/tablet and x = time expressed in months) (Figure 4).

When studying the stability of the active substances in different pharmaceutical forms, in addition to variations in the concentration of the active substance at different temperature and humidity conditions according to the European Pharmacopoeia, an important test is to maintain a constant mass of the solid pharmaceutical form under the same test conditions. Thus, it is recommended to determine the variation of the average mass per film-coated tablet, in this case, the tablets of 100mg Ketoprofen. This test was performed under short-term and long-term accelerated stability study conditions and the obtained results are highlighted in Table 1.

These results represent the average of weighing 20 tablets at different time intervals.

Table 1. Mean mass variation expressed in mg for film-coated tablets of 100 mg ketoprofen reported an in stability in the studies performed in accelerated short-term and long-term conditions.

The short-term stability study aimed to estimate the validity period and the possible side effects.

The variation of the ketoprofen content from the tablets overtime was highlighted at a time interval of 3 months and 6 months, respectively. According to the actual norms, the confidence factor is 95% ketoprofen of the total amount reported (in this case 100 mg per tablet).

The results obtained in this study of the ketoprofen stability in tablets in accelerated conditions of temperature and humidity in short term showed that the percentage of active substance in tablets is 95.53% after 6 months which means that the confidence factor has not been exceeded. Thus, according to the equation mentioned above, after 36 months (the recommended validity period), the percentage of ketoprofen in tablets under accelerated conditions would be slightly below the confidence coefficient, namely 94.93% (value considered admissible).

Long-term studies according to ICHQ1A standards from the European Pharmacopoeia are performed to evaluate the stability of ketoprofen over 3 years, the period declared as the validity period of the studied tablets.

Thus, by performing studies over a long time (0 to 36 months), values ​​of 97.12% were also obtained, which do not exceed the confidence factor imposed by the quality norms from the European Pharmacopoeia. This means that 100 mg ketoprofen tablets studied here correspond in terms of active substance content throughout the whole validity period.

The long-term stability study on ketoprofen as the active substance has shown a constant decrease of the amount with 1.7% within the time interval of three years. This value is much lower than the one obtained in the stability study on tablets, of approximately 3 mg/tablet.

We also demonstrated that for a period of 3-6 months and 3-36 months, respectively, the mass of the tablets remained constant, which means that the tablets coated with 100 mg ketoprofen correspond to the quality norms, the average mass of the tablets did not exceed a percentage deviation higher than 7.5%, this being the limit imposed by the European Pharmacopoeia [4].

According to the stability studies, it was demonstrated that for the entire validity period predicted for ketoprofen tablets with a concentration of 100 mg, they correspond to the quality standards imposed by the ICHQ1A guide from the European Pharmacopoeia. The percentage of active substance even at 36 months (maximum validity period on the package) is above the minimum required of 95%. 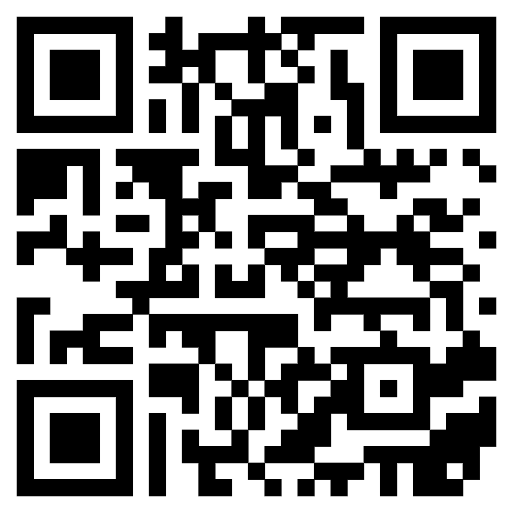