Diabetic Peripheral Neuropathy (DPN) is a common complication of diabetes, which characterizes by many clinical manifestations and can lead to foot ulcers, amputations, and mortality among patients, it is defined as "the presence of symptoms and/or signs of peripheral nerve dysfunction in patients with diabetes after the exclusion of other causes", however, it can be present asymptomatically [1, 2]. Even though half of DPN patients are asymptomatic, some of them have a progressive sensory impairment, which leads to burning feet sensation that responds poorly to analgesics. Additionally, it is associated with a reduction in patients' quality of life and a huge economic burden on the individual and the community [3-5].

The cause of Diabetic Peripheral Neuropathy (DPN) is multifactorial, peripheral nerve damage is due to the long-standing hyperglycemia and diabetes-related microvascular complications resulting in a decrease in nutrition especially to the distal nerve axons of the feet. In addition to nutritional deprivation, distal nerve axons also suffer from hypoxic damage due to decreased vascular supply. Exaggerated oxidative stress and excessive release of cytokines also play a role in DPN [6]. Although it is difficult to draw accurate estimates about the prevalence of DPN, it is estimated that 10-90% of diabetes patients suffer from DPN, and 15% of them have painful DPN, and it is a leading cause of "non-traumatic" leg amputations globally [7].

Restless Leg Syndrome (RLS) characterizes by a tendency to move the limbs with unpleasant sensations increasing at night and improved by rest. The diagnosis is usually clinical; the association of restless leg syndrome with diabetic neuropathy is controversial [8]. RLS as a common sleep disorder is treatable; however, it may mimic diabetic neuropathy leading to treatment delay [9].

This study was a case-control, hospital-based study, carried out in king Fahad specialist hospital and primary healthcare centers in Tabuk city, Saudi Arabia in the period from June to December 2020.

A structured, self-administered questionnaire was used to obtain information from the participants. The questionnaire was composed of two sections. The first one was about the socio-demographic characteristics of the study participants and including age, gender, place of residence, and the participant's medical history with diabetes mellitus. The second section contained the International Restless Leg Syndrome Study Group consensus criteria (a validated 4-items for RLS diagnosis, the desire to move the limbs, worsen by rest, improved with movement, and more during the night [14, 15]) and Michigan diabetic neuropathy questionnaire, a reliable 15-items tool for the diagnosis of peripheral neuropathy [16]. The questionnaire inquiries about numbness, burning pain, and prickling sensations in legs and feet, muscle cramps, too sensitivity to touch, and feeling weak or the legs hurt when walking. Besides, the questionnaire asks about being diagnosed with neuropathy or had a previous amputation. Besides, if sensing the feet while walking, dryness of the skin and cracked skin are observed. A score >two indicated peripheral neuropathy [17].

Statistical Package for Social Sciences (SPSS) software version 22.0 was used for data entry and analysis. Categorical data were presented as frequencies and percentages, while contentious data as means and standard deviations. Analytical statistics were conducted using Chi-Square tests (χ2) to test for the association and/or the difference between two categorical variables. P-value equal to or less than 0.05 was considered statistically significant.

Two hundred and sixty-four participants were included in this study, with 132 (50%) being cases of diabetes mellitus, while the other half were in the control group. The mean age for the participants in the case group was 46 ± 14 years, compared to 32 ± 10 years in the control, and the most common age group was (46-60 years) in the cases group, and (15-30 years) in the control. The majority of participants in both the case and control groups were males, with 97 (73.5%), and 99 (75.0%) males, respectively. Besides, the most common type of diabetes reported in the case group was type 2 diabetes with 81 patients (61.4%), and the mean duration for diabetes in years was 10 ± 8 years. The most common medication that was used by diabetic patients in this study was oral medications in 62 patients (47%). Table 1 demonstrates the characteristics of the study participants.

Table 1. Characteristics of the Study Participants

In the present study, 73.3% of patients suffered from type 2 diabetes, the majority were on oral hypoglycemic drugs and insulin (89.3%), while 10.6% were not on medications Table 2.

Table 2. Disease Information Related to Diabetics Included in the Study

Compared with the case group, 119 (90.2%) of the control group said that their feet are too sensitive to touch. Additionally, the majority of the cases (83 participants, 62.9%) reported that they have prickling feelings in their legs or feet, and 90 (68.2%) said that they feel weak all over most of the time. Moreover, more than half of the participants in the case group (72 participants, 54.5%) reported that the skin on their feet is so dry that it cracks open. Table 3 shows the participants’ responses to diabetic neuropathy assessment questions. According to peripheral neuropathy assessment, 24 (18.2%) of the cases were considered abnormal, while 3 (2.3%) of the control group were considered abnormal, and peripheral neuropathy was significantly associated with the cases group (p-value < 0.001).

Diabetes Mellitus is a major health issue in the Arab region especially and the world in general. Peripheral neuropathy as a complication of diabetes is considered a burden on both the patients and society [18]. This study investigated the prevalence of Peripheral Diabetic Neuropathy and Restless Leg Syndrome among the Saudi population in Tabuk city. According to the findings, the prevalence was found to be 18.2%, which is considered low when compared to the other studies conducted in Saudi Arabia. A cross-nation study conducted among 1039 patients revealed that 65.3% of them had Diabetic Peripheral Neuropathy, which was considered very high compared to the global prevalence of 15% at that time [19, 20]. Moreover, another study was conducted among diabetic patients in Jeddah Governance, Saudi Arabia, and the prevalence of DPN was 19.9% [11]. A recent study was performed among Hospitalized Diabetic Patients in Riyadh, Saudi Arabia and they found that only 3.5% of them had DPN. It is noticed that the reported prevalence of DPN is decreasing throughout the years; this might be due to the increase in the awareness of patients about glycemic control, which is a crucial factor in delaying the rate of development of DPN [21]. However, this disparity in prevalence could be due to the difference in populations and the methods of data collection since some studies have used clinically based methods for the diagnosis, while others like this one have used questionnaire-based methods.

Although 18.2% of the participants had DPN, only 1.5% said that their doctor told them that you have diabetic neuropathy. This might be because the doctors were not aware of the DPN or they have considered it as part of the regular progression and the natural history of diabetes and not as a complication, this might indicate a lack of awareness among doctors about DPN, which will require serious intervention to raise their awareness about this issue. One of the limitations of this study is that it did not investigate the presence of risk factors for DPN among the participants, risk factors such as BMI, poor glycemic control, and other comorbidities (dyslipidemia, peripheral vascular disease, hypertension, and chronic kidney disease), have been significantly associated with DPN [21]. Another limitation is that only a questionnaire-based assessment for DPN was made and was not combined with clinical assessment.

Acknowledgment: The authors would like to acknowledge Dr. Abukaker Koko, Ministry of Health, Sudan for data analysis.

Ethics statement: All the participants gave verbal consent before responding to the questionnaire, the institutional review board of the Faculty of Medicine, University of Tabuk, Saudi Arabia approved the research (Ref. READ, 0103, dated 22/7/220). 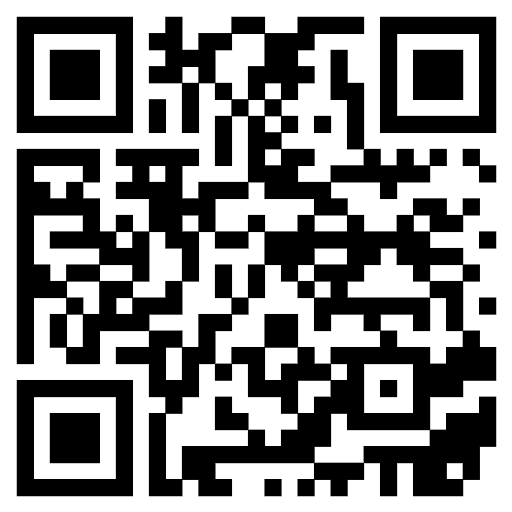