Survivin is a part of the apoptosis inhibitor group. It is implicated in the control of the cell division and is commonly distributed in fetal tissues and human tumors, and is never expressed in normal adult tissues. The present study aimed at evaluating Survivin and Ki-67 immunohistochemical expression in breast tumors among the Sudanese females. From a total of 200 archives of formalin-fixed paraffin-embedded (FFPE) tissue sections histologically diagnosed as breast tumor, 75% were malignant and 25% were benign. Immunohistochemical staining for Survivin, Ki-67 was done using the Avidin-Biotin Complex (ABC) method. Data were analyzed using SPSS version 26. Invasive ductal carcinoma was diagnosed in 82.7% of patients, about 44 % of them were grade III. A significant association of Survivin expression was revealed in (36.7%) of malignant samples; while (100%) of the benign tumor samples had a positive expression (P-value = 0.01). Ki-67 had a positive expression in 52% of the malignant cases and was not expressed in benign ones, (P-value = 0.000). Our study indicated that survivin was significantly expressed in all benign and around one-third of the malignant tumors that were correlated with tumor grades. There was also a significant direct proportion association between Ki-67 and tumor grades.

Breast cancer is a disease in which breast tissue cells change and divide uncontrolled, usually leading to a mass or lump. Most breast cancers benign in the lobules or in the ducts that connect the lobules to the nipple [1, 2]. Breast tumors are two types: non-cancerous (benign) and cancerous (malignant). Breast cancer is the most prevalent cancer among women worldwide [3, 4]. Although many women fear cancer, most of the breast problems are not cancer. Malignant breast disease is any cancer that originates in the breast tissue; if left untreated it can metastasis to other organs in the body via the blood or the lymphatic system. Breast cancer is fatal in around one-third of cases [5]. Worldwide, it is a crucial health problem, with about 1,384,155 new cases and around 459,000 related deaths [6]. In a study from Sudan National Cancer Registry (NCR), 6771 incident cancer patients were recorded among the residents of Khartoum state [7]. The magnitude of breast cancer and the basic understanding of its initiation and progression is still incomplete. In Sudan, the extent of breast cancer is not an exception from other countries. The problem is aggravating by the lack of resources and effective screening programs, as well as presentations at a late stage. The development of enhanced methods is an urgent need to stratify breast cancer patients into different risk groups more accurately than can be achieved with current clinicopathological classification methods.

Cancer cells can escape from apoptosis via allelic depletion of cell death activators [8], deregulated overexpression of apoptosis inhibitors, or inactivating mutations in executioner molecules of cell death. Survivin is a member of the inhibitors of apoptosis (IAP) family and is also involved in the regulation of cell division. Survivin, also known as BIRC5 or AP14, is a 16.5-KDA protein located in chromosome 17q25 [9]. It contains a domain of the baculovirus inhibitor of apoptosis protein repeat (BIR) that categorizes it as a member of the IAP family inhibitor. Through the BIR domain, Survivin inhibits apoptosis by directly or indirectly interfering with the functions of caspases [10]. It also plays a key role in proliferation by regulating mitosis [11]. The evaluation of the proliferative activity of tumors is very important in oncology [12] and is widely evaluated by the immunohistochemical assessment of the nuclear antigen Ki-67. It is a great marker for determining the growth fractions of a specific cell population because it measures the number of proliferating and dividing cells, which lead to an understanding of how fast a tumor is growing [13]. Ki-67 is expressed during the active phases of the cell cycle, namely G1, S, G2, and mitosis, so it is a proliferative index marker. Tumor proliferation activity, measured by Ki-67 antigen expression, is related to the tumor proliferation rate [12]. The application of Ki-67 antigen in oncology demonstrated the prognostic significance of the protein expression in various human malignant tumors, e.g. in multiple myeloma, soft tissue tumors, prostate tumors, and in mammary cancer [14]. This study aimed at evaluating Survivin and Ki-67 immunohistochemical expression in breast tumors among the Sudanese females.

Study design: A cross-sectional prospective study was done through the period from October 2017 to October 2019 on 200 archives of formalin-fixed paraffin-embedded (FFPE) tissue sections diagnosed histologically as breast tumors at the Histopathology and Cytology Laboratory, National Ribat University Hospital (NRUN), Sudan. All Blocks with deficient material and samples having poor records were excluded, also any section without breast tumor was excluded. For perfect quality control, all sections were checked by a professional histopathologist.

The sampling technique was convenient simple random technique, sample size was calculated according to the formula:

P= expected proportion in the study population according to previous studies.

Immunohistochemical staining was carried out using indirect streptoavidin-biotin immunoperoxidase technique briefly as follows: The tissue section was deparaffinized in 2 xylene changes for 5 minutes each, then rehydrated through descending concentration of ethanol (100%, 90%, 70%, and 50%) and water. Next, antigen retrieval was done by water bath technique for at 97°C thirty minutes (Coplin jar containing citrate buffer, pH 6.8). After that, samples were treated with a hydrogen peroxide solution for 10 min and then incubated in an optimally diluted primary antibody (anti survivin/Ki-67) for 30 min. The primary antibodies were provided from Zytomed, Germany. (Appendix 2). The samples were then incubated in an optimally diluted biotinylated secondary antibody for 15 min, followed by rinsing in phosphate buffer saline (PBS) (pH 7.4) and incubation in optimally prepared labeled avidin for 30 min. Afterward, they were washed in PBS (pH 7.4) for 5min and further incubated in DAB substrate solution. The slides were washed in running water and the counter was stained by Mayers haematoxylin for one minute, washed, and after that blueing was done in 0.05% ammoniated water for 16 seconds and then it was washed in tap water. Afterward, dehydration was done through ascending concentration of ethanol (50%, 70%, 90%, and 100%) and cleared in xylene and mounted in DPX mountant [14].

Statistical Analysis: SPSS version 26 was used for data analysis. In all procedures, p ≥ 0.05 was considered the level of significance.

This study was approved by the ethical committees at the Faculty of Laboratory Sciences Omdurman Islamic University and the National Ribat University Hospital. Informed consent was waived since patient's personal information was anonymized and only laboratory serial numbers were used. Permission was taken from the NRUH for the conduct of the research.

Table (3) shows the correlation between the survivin expression and tumor grade among the studied Sudanese patients. The majority of samples significantly expressed survivin in grade III 44%), followed by grade II in 30.7% of samples (p-value =0.001). The correlation between the expression of Ki-67 with tumor grades among the studied Sudanese women showed a significant association (p-value=0.000). Ki-67 had a positive expression in 52% of the malignant cases, while none of the samples of the benign tumor were positive (Table 4).

Table 1: Histological types of breast carcinoma among the study population. 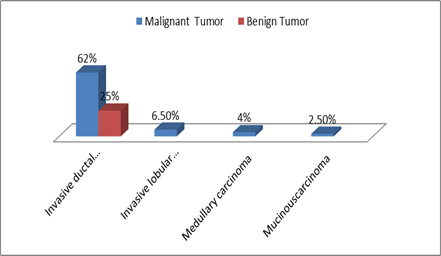 Figure 1: Percentage of types of malignant and benign tumors

Table 2: Frequency of Survivin among the malignant and benign tumors.

Table 3: The frequency and correlation between the expression of Survivin and tumor grade among the study participants with a malignant tumor.

Table 4: The correlation between the expression of Ki-67 with tumor grades among the studied Sudanese women

Table 5: Correlation of the expression of Survivin with Ki-67 marker.

This study involved 200 cases of breast tumors and studied immunohistochemically for Survivin, Ki-67, and hormonal status. Concerning the age groups of the study population, this study illustrated that the majority of patients who were aged above 40 years old are more susceptible to breast cancer due to endogenous hormone levels. The result of this study is compatible with McPherson et al. (2000) who reported that the incidence of breast cancer increases with age (P-value=0.001) and also well-matched with Kennedy et al. study in which they found (92) women were less than 50 years and (201) women were over 50 years at diagnosis [15]. The histological diagnosis of the study population revealed that the more frequent type is invasive ductal carcinoma (p-value=0.003). The result agrees with Al-Joudi [16] who reported that invasive ductal carcinoma of the breast is the most prevalent breast cancer type (p-value <0.001). Survivin expression was detected in 78.5 % (51/65) of breast carcinomas whereas no expression of Survivin was detected in the healthy breast tissue.

This publication was supported by the Deanship of scientific research at Prince Sattam bin Abdulaziz University. 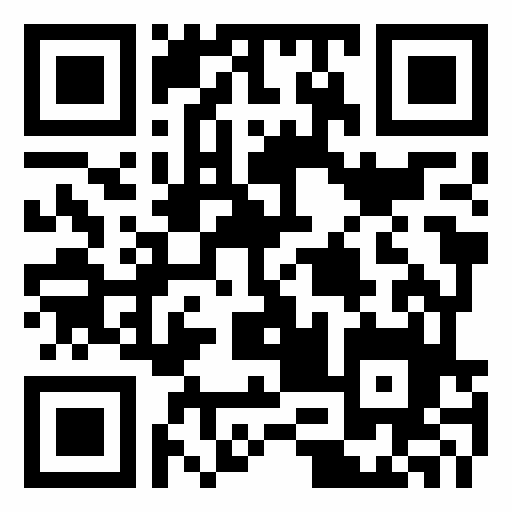