Antioxidantsresourced from stress adapted plants have medicinal properties or be toxic. Practical utilization of these as medicines need to explore the exact nature of discrimination of their actions. By testing their effects on blood composition one can judge well the health caring or toxic potential of antioxidants. In the present study, crude methanolic extracts containing antioxidants of some xerophytic herbs from the Cholistan desert of Pakistan were used to determine their in vitro effects on some hematological attributes like counts for granulocyte; leukocyte, lymphocyte; eosinophils; monocyte; granulocytes, Red Blood Cell, Mean Corpuscular, lymphocytes. Haemoglobin,  Haemoglobin,  Mean Corpuscular Haemoglobin,  Concentration, Mean Corpuscular Volume, Packed Cell Volume, Hematocrit, and Red Cell Distribution. Data were analyzed statistically. Leucocytes, ranulocytes, haemoglobin, and monocytes increased by extracts. Eosinophils, platelets, and RBC were decreased. There were recorded some exceptions. Calotropis stem decreased leucocytes, monocytes, and granulocytes. Salsola leaves decreased monocytes. Hemoglobin was increased by Aerva stem extract. Platelets were increased by Haloxylon stem extract.

Based on the findings of the recent years, the roles of antioxidants as health promoting factors are noticeable [1]. Medicinal plants play a pivotal role in the health care of ancient and modern cultures [2]. Antioxidant are inhibitors of oxidation,which prevents the oxidation and protect the cell from damage [3]. Antioxidants assist the body for adaptation to oxidative stress which causes cellular damage. The application of antioxidants or bioactive substances derived from medicinal plants presents a fundamental base for the development of therapeutic agents [4, 5]. These Naturally resourced molecules have been a source of an impressive number of medicines for thousands of years. Today as an estimation, more than two-thirds of the peoples of the world use plant resourced medicines [6]. A reasonable number of bodies of literature have reported the multiple pharmacological uses of bioactive compounds isolated from plants in the form of extracts [7]. These bioactive molecules in plant extracts are sources of many drugs [8].

Not only in the past but still in developing countries, these plants and their derived products have been used as a folk medicine for many diseases and ailment purposes [9]. The World Health Organisation (WHO) has reported that approximately 80% of the peoples in the whole world still use plants and their products for basic primary health needs [10] while these traditionally used medicines are available for 60% of the global peoples [9]. These derivatives of plants not only have been used in traditional systems of healing but still are the source of inspiration for several pharmaceutical medicines [11, 12]. In recent years, much attention has been paid to extract and analyze the biologically active substances from plants for their pharmacological nature [13,14].

Desert plants, due to the presence in a harsh environment, are considered a source of substantial bioactive compounds. Under unfavorable conditions, plants generate high concentrations of reactive oxygen species (ROS), causing oxidative stress to cells. To avoid these ROS generated stresses, plant cells synthesize antioxidants molecules of the enzymatic and non-enzymatic types [15,16]. Desert plants are the main source of antioxidants to be discovered which accumulate these bioactive compounds in their organs such as stem, leaves, roots, flowers, and seeds. These plants are usually used as a source of raw drugs. These raw drugs are used in traditional medicine and can be utilized as a source of modern medicines by pharmaceutical industries [17].

Of these bioactive ingredients, mostly are polyphenols. Polyphenols are bioactive antioxidants being beneficial for human health care. These reduce the clotting of blood and are used for the treatment of inflammatory diseases [18]. Phenolic compounds play a fundamental role in oxidative stress [19]. These phenolic compounds also have protective effects when present in plants used as food [20]. Flavonoid compounds such as Anastatins A and B  and others are isolated from the desert plant are reported to have protective activities for hepatocytes [21]. The antioxidant potential of phenols in plant extracts has been reported effective in the prevention of cardiovascular disease and cancer [22-24]. Therefore, the studies for evaluation of the antioxidant potential of an extract of a different plant could contribute to revealing the values of these plant species as a source of new antioxidant compounds [25,26]. Different solvents are used for the extraction of specific bioactive plant ingredients [27]. It is reported that phenolic content is extracted more insolvent with higher polarity [28,29]. Methanol extract contains a high concentration of antioxidants as phenols [30-31] and has more ROS scavenging ability than the other solvent extracts [32-34]. Blood attributes are important in revealing the health status of an individual can be studied to evaluate the toxic or medicinal potentials of plant extracts after adding in it [35].

The aims of investigations

The investigation is aimed to explore the toxic or medicinal nature of methanol soluble antioxidants [36] of desert plants for in vitro changes in human blood. The selection of desert flora is based on their synthesis of antioxidants and their traditional use by local peoples for the treatment of some diseases. The choice of in vitro utilization of blood is based upon the determination of health status by blood parameters. Hence, the evaluation of hematological parameters might be a useful index employed for discrimination of toxic or medicinal potentials [35].

Herbs from the Din Garh area of Cholistan desert were selected for antioxidants extraction. Methanol was used as a solvent for extraction procedure [37,38]. From a healthy volunteer, blood was taken for in vitro assessment after exposure to extract [39, 40]. Means of three replicates of each sample were compared with normal blood.

Climate and geology of the experimental site

After a preliminary survey and meetings with local peoples herbs were collected. Plants were identified by matching them with the labeled herbarium of the department (Dr.Mumtaz Bukhari herbarium) of Botany Department Bahauddine Zakarya University, Multan Pakistan, and the literature [45]. Specimens were collected according to an appropriate methodology [46,47] considering uniformity in age and size of plants and parts.

After washing with water and later with 2% methanol, specimens were dried at room temperature. Dried specimens were pulverized to a fine powder and crude Methanolic extract was prepared according to the method of Afolayan et al.,[48]. The Methanol used was of the highest purity. The extract was stored at -4oC.

Blood sampling and in vitro analysis

After approval from the BOS of the department, O+ blood was obtained from a healthy person volunteer of 25 years ago. The donor was selected after getting pieces of information about not taking any medications or addictive substances. Plant extract (1.0 ml) was added into 4ml blood (1:4) and was shaken smoothly. Blood without the addition of extract was taken as control. By using the Automated Hematology Analyzer machine he samples were analyzed for complete blood count tests (CBC).

The data for haemotological indices were subjected to statistical analysis using Analysis Of Variance (ANOVA) at 5% level. Means were differentiated by Duncan’s multiple range test [49]. Values were presented as Mean ± SD.

The plant extracts containing antioxidants such as phenolics protects human against diseases. [50]. Blood parameters are diagnostic for physiological status of an organism [51]. Addition of antioxidants extract in blood changes the blood characteristics due to free radical scavenging activity [52]; antiuglycosylation [53]; thrombolytic potential [40], anticoagulation by plant extract [39] or by genotoxicity [54]. A hematological disorders like low haemoglobin contents causes anaemia [55]. Low levels of hemoglobin and RBC can be due to iron deficiency or blood cell destruction which causes also anemia [56]. Massive hemolysis increases the levels of free hemoglobin in blood and causes hemoglobinemia [57].  High MCV mean larger RBC size.. Mean corpuscular hemoglobin (MCH) is average amount of hemoglobin in single red blood cell. Increase in MCH is due to anemias [58]. Mean corpuscular hemoglobin concentration (MCHC) is for average concentration of hemoglobin in a single red blood cell. A low MCHC is iron deficiency or indication of abnormal hemoglobin synthesis. MCV is size of red blood cells while MCH and MCHC are for concentration of hemoglobin. White blood cells (WBC) count and its indices play a vital role in immune function. A high number of eosinophils are due to a variety of disorders. PCV (called Packed Cell Volume) is used to signal known or suspected anemia [59]. Mean cell/corpuscular volume (MCV) is size or volume of a red blood cell. Low MCV is due to iron deficiency [60].

Our results revealed a different action of Methanolic extracts sourced from different plants parts on various hematological attributes. The results are in accordance to the findings of Straus [61] regarding effects on RBC and Hb concentration (MCH, MCHC) and contradict to the findings of Loharet al. [62]. It has been reported that plants extracts vary in their effects and are non-specific in their actions [63]. Antioxidants are synthesized in response to stresses for neutralizing the reactive oxygen species (ROS). In blood damage to cells and biomolecules caused by reactive oxygen species (ROS) is nullified by antioxidant [64].The concentration ratio of antioxidant to ROS might play role against the hemolytic activity of ROS by stabilizing blood cells and molecules or by their direct action on ROS.

Erythrocytes due to having high concentrations of polyunsaturated fatty acids in their membranes are considered as major target of free radicals  [65]. ROS may cause oxidative damage to the erythrocyte membrane due to hemolytic activity. Red Blood Cells (Erythrocytes) are the most abundant cells in the human blood. Medicines/extract can have more effect on erythrocytes than any other blood cells [66].  Results of present studies revealed that Methanolic extracts of desert plants specimens reduced the RBC. The hemolysis of red blood cells by ROS releases hemoglobin from these cells.

Results revealed that Methanolic extracts of desert plant specimens decreased MCHC and increased MCH and MCV (Table.1&2). The MCHC and MCH are indices of haemoglobin concentration in blood and in its each cell respectively [67]. Mean cell volume (MCV) is the volume of red cells. An increase in MCV with a decrease in MCHC accounts for reduced osmotic fragility of membrane [68]. MCV, MCH and MCHC relates to individual red blood cells while Hb and RBC are concerned with the total numbers of red blood cells [69]. The MCV determines the size of the RBCs.  High MCV mean the RBCs will be larger and are termed as macrocytic. When the MCV is low, the RBCs are smaller called as microcytic. RBCs of normal size are termed normocytic. These categories of size are used to classify anemias. A significant reduction in MCV, when observed, is due to interference by hemoglobin in iron uptake.  Furthermore, it is reported that decrease in the blood cells may be due to the increased glycosylation of membrane proteins which can cause hyperglycemia.

Methanolic extracts of some specimens reduced the haemoglobin while others induced an increase. This change in haemoglobin quantity in blood might be due to Iron deficiency as Iron is a part of heme group of hemoglobin. The Iron deficiency could be due to interference of plant extract biomolecules with iron directly or interference during its biosynthesis metabolism. A failure in hemoglobin production results in smaller. This causes anemia and thalassemia. Iron deficiency might be due to desert plant ROS which cause mobilization of Fe2+ by Ca2+ via Fenton reaction [70]. The increase in Hb (MCH and MCHC) facilitates oxygen transportation to the tissues. An increase in Hb concentration (MCH, MCHC) may be due to the presence of active gradients that stimulate haemopoiesis, or support in availability of iron for haemopoiesis, or agents for chelating iron may be absent or weakly present in the plant extract which change the extent of hemolysis of RBC [62].

Reduction in platelets was observed by Methanolic extracts. Simlarly, if there is decline in platelet, it results in myeloma and lymphoma [71, 72].  Platelet change might be by their adhesion to collagen and platelet aggregation by ROS species of desert plants [73]. Plant antioxidants might change blood platelet by antiplatelet activity [74]. Blood platelets reduction may be beneficial as platelets decrease the blood viscosity which adds positive contribution to blood pressure and also may be beneficial by view of the clinical haematology. 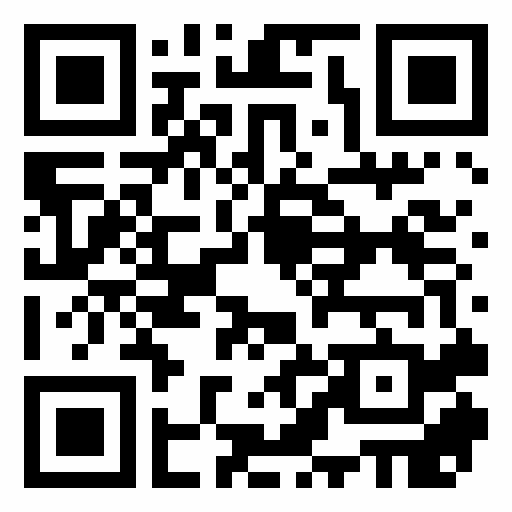