Hypertension is one of the most prevalent cardiovascular risks and an important cause of morbidity and mortality across the world. Since antioxidant phytochemicals can regulate the renin-angiotensin system and lower blood pressure, F. benghalensis stem bark extract (FBE) rich in polyphenols was investigated for its ability to regulate blood pressure in normotensive and angiotensin II-induced hypertensive rats. Rats were divided into four groups namely, control (saline injection), FBE (extract alone, 10 mg/kg), Ang II (Ang II alone, 0.5 µg/kg), and Ang II + FBE (Ang II + extract, 10 mg/kg). All of the treatments were administered through the intravenous route and in Ang II + FBE group, Ang II was injected 30 min after injection of the extract. Hemodynamic parameters namely, systolic blood pressure (SBP), diastolic blood pressure (DBP), mean arterial blood pressure (MABP), and heart rate (HR) were recorded by the BIOPAC system after cannulation of the carotid artery and jugular vein. FBE reduced SBP, DBP, MABP, and HR to varying degrees in normotensive rats compared to the control group. In the case of angiotensin II-induced hypertension, FBE administration resulted in a significant decrease in SBP, DBP, and MABP compared to the Ang II group. SBP, DBP, and MABP were decreased to an extent of 27, 30, and 29%, respectively by FBE. It is noteworthy that FBE reduced SBP, DBP, and MABP to baseline levels suggesting significant hypotensive/antihypertensive activity. It is concluded that the antihypertensive action of F. benghalensis extract is due to the presence of phenolic compounds.

Hypertension is a leading risk factor for death due to cardiovascular complications such as stroke, chronic kidney disease, and sudden cardiac death [1-3]. The AT1R regulates the majority of the effects of angiotensin II on renal and cardiovascular physiology and chronic AT1R activation can result in disease states such as hypertension [4]. The AT1a receptor is present in abundance in most cardiovascular tissues which is the blood pressure primary regulator and can successfully be controlled with AT1R blockers [5-7]. Despite several chemotherapeutic drugs and lifestyle changes, effective therapy of hypertension is currently being investigated and remains challenging, and hence alternative therapies remain a popular option [8]. The widespread usage of these therapeutic herbs has prompted extensive exploration of medicinal plants/herbs with hypotensive/anti-hypertensive characteristics. As a result, some of these medicinal plants with well-known hypotensive/antihypertensive characteristics have been recognized, while others have been rejected [9, 10].

Ficus benghalensis Linn (Moraceae) commonly known as the banyan tree is considered medicinally important among traditional medicinal systems including Ayurveda [11]. The stem bark is astringent and is used in the treatment of diabetes, dysentery, diarrhea, leucorrhea, menorrhagia, toothache, erysipelas, hemorrhoids, and nervous disorders [12]. F. benghalensis is one of the most widely explored medicinal plants and different extracts of F. benghalensis bark have shown promising pharmacological effects including antidiabetic, antibacterial, hypolipidemic, antioxidant, analgesic, anti-inflammatory, antipyretic, hepatoprotective, antiatherogenic, anti-diarrheal, anti-arthritic, antifungal and wound healing activity [13, 14]. The stem bark reportedly contains a diverse class of phytochemicals of which quercetin, rutin, friedelin, taraxosterol, lupeol, β-amyrin, psoralen, bergapten, β-sitosterol, quercetin-3-galactoside, leucopelargonin, leucopelargonidin, and their derivatives are considered important for its pharmacological effects [12, 14]. Because F. benghalensis stem bark extracts are rich sources of flavonoids and phenolic compounds with demonstrated antioxidant and antiatherogenic properties in experimental models, it is hypothesized that these extracts could be useful in the treatment of hypertension. Also, because there are no reports on the hypotensive potential of F. benghalensis stem bark, the current study investigated the ability of F. benghalensis aqueous extract to regulate hemodynamic parameters in normotensive and angiotensin II-induced hypertension in urethane-anesthetized rats.

Adrenaline, heparin, and saline were procured from a pharmacy. Angiotensin II and urethane (Sigma Aldrich, USA) were used. All of the other chemicals and reagents used in the research were of the finest analytical purity.

Processing of the sample

Ficus bengalensis stem bark was collected from a mature tree in the Mysore region in India, subsequently identified by Dr. Niranjan, Department of Botany, University of Mysore, India. The bark was shade dried overnight and cleaned with a brush to remove loose particles. The cleaned bark was then cut into small pieces and in a hot air oven overnight (50°C) followed by powdering using a cyclonic laboratory blender to a fine powder to pass through a 60-mesh screen and stored in an airtight container in the refrigerator for subsequent use.

Preparation of the extract

Ficus bengalensis bark powder (100 g) was taken in a 2.5 L conical flask, mixed with 800 mL of hot distilled water (70°C), and extracted on an orbital shaker. After 24 hours, the extract was filtered and stored in a refrigerator. The residue was extracted again with hot distilled water overnight and filtered. Both the filtrates were then combined and evaporated in a rotary evaporator (60°C) to obtain F. bengalensis extract (FBE), a reddish-brown sticky mass, which was stored in an airtight container in the freezer till further use.

Male albino rats weighing 350±30g were placed individually in polyacrylic cages maintained in the animal house at room temperature of 25±2°C and 55±5% relative humidity. Twelve-hour light and dark cycles were followed and animals were fed a standard laboratory pellet diet and drinking water ad libitum. The study was approved by the research ethics committee (RU/REC-001/1.3/1441-42). Animals were randomly categorized into four groups, each group consisting of six animals, and received the following treatment intravenously at the time of the experiment.

FBE's hypotensive/antihypertensive activity was measured using a modified version of the procedure described by Mohebbati et al. [15]. The animals were sedated by an intraperitoneal injection of urethane (1.25 g/kg). After the anesthesia was confirmed, the rats' necks and inguinal areas were shaved with an electric shaver. The jugular vein was surgically cannulated for medication administration using a three-way stop cock connected to the PE tubing and a PE-50 tubing cannula was inserted into the left carotid artery to record hemodynamic data via a blood pressure transducer (SS13L) connected to the computer via BIOPAC (BIOPAC Systems Inc, CA, USA). Heparinized saline was used to prefill the canulae before canulation. The diastolic blood pressure (DBP), hemodynamic parameters viz, systolic blood pressure (SBP), mean arterial blood pressure (MABP), and heart rate (HR) were all regularly monitored by the system. A reduction of 10-20 mm Hg in SBP was considered as significant hypotensive/antihypertensive activity.

Renin-angiotensin system (RAS) activation is one of the key contributing factors for hypertension which has been a major cardiovascular disease resulting in significant mortality worldwide [16]. Therefore, modulation of RAS could be a viable therapeutic strategy for managing hypertension. Consequently, many medicinal plants have been reported to modulate RAS to varying degrees [8] and hence the present study explored the hypotensive potential of F. benghalensis aqueous extract to regulate hemodynamic parameters in normotensive and angiotensin II-induced hypertension in urethane-anesthetized rats.

Data on diastolic blood pressure (DBP), different hemodynamic parameters viz, (HR), (SBP), and (MABP) of different groups pre and post-treatment are presented in Table 1. The cardiac responses for intravenous intervention were monitored for fifteen minutes after stabilization. The saline-injected control group was considered as baseline. Injection of F. benghalensis extracts at 10 mg/kg dosage significantly (p<0.05) reduced SBP, DBP, MABP, and heart rate by 10, 17, 13, and 29%, respectively in normotensive rats (Group 2). While, in group 3, angiotensin II (0.5 g/kg) injection increased SBP, DBP, and MABP substantially (p<0.05) and lowered heart rate by 42% compared to the control group. Angiotensin II increased SBP, DBP, and MABP to an extent of 39, 38, and 41%, respectively. In group 4, FBE was injected along with angiotensin II which efficiently reduced elevated SBP, DBP, and MABP by 27, 30, and 29%, respectively.

Studies have shown that polyphenols such as gallic acid, chlorogenic acid, and quercetin have a variety of biological effects, including antioxidant, cardioprotective, hypotensive, anti-inflammatory, and neuroprotective properties [17]. Some studies have discovered that antioxidant flavonoids such as quercetin, triterpenes, anthocyanins, and proanthocyanidins inhibit RAS via suppressing ACE and Ang II binding [15, 18]. RAS is often modulated by antihypertensive medicinal herbs by decreasing angiotensin-converting enzyme (ACE) activity or by regulating angiotensin II levels by blocking binding to AT1 and AT2 receptors [15]. As a result, natural products rich in antioxidant compounds particularly phenolics and flavonoids are believed to be useful in the treatment of hypertension.

Various extracts of F. benghalensis bark have been found to have activity of antioxidant in terms of free radical scavenging and metal ion chelating activity in vitro [19, 20] and regulation of the activity of antioxidant enzymes defenses such as glutathione peroxidase, glutathione reductase, superoxide dismutase, and catalase leading to substantial lowering of lipid peroxidation in vivo [21]. This antioxidant activity is mainly attributed to the phenolics/flavonoids presence [22-24] including 5,7-dimethyl ether of leucopelargonidin-3-O-a-L-rhamnoside and 5,3'-dimethyl ether of leucocyanidin-3-O-a-Dgalactosylcellobioside which showed significant antioxidant activity in hyperlipidemic rats [25]. Furthermore, leucopelargonin derivative isolated from the bark has been reported to exhibit significant antioxidant activity in carbon tetrachloride-induced hepatotoxicity in rats [26]. In addition to these, F. benghalensis bark also contains quercetin known to cause AT1R downregulation in the kidneys [27] and also fount to interact with cardiac AT1R in docking studies [17]. Beyond their various biological functions, these compounds serve as antioxidants because of their stable intermediate radical alongside their ability to donate electrons or hydrogen, which inhibits oxidation of numerous dietary components, notably lipids. Other species of genus Ficus rich in phenolics and exhibiting strong antioxidant activity have been found to possess antihypertensive activity in vivo and in vitro. In a previous study, aqueous extract of F. recemosa bark significantly inhibited the angiotensin-converting enzyme in vitro [28] and the hydro-methanol extract of F. carica fruit at a dose of 1 g/kg caused a significant reduction in blood pressure in glucose-treated hypertensive and normotensive rats [29]. Therefore, it is opined that F. benghalensis bark extract rich in phenolics/flavonoids function by reducing the binding of the angiotensin-converting enzyme with angiotensin receptors thereby effectively lowering blood pressure.

The present showed that the extract of F. benghalensis stem bark offers a strong blood pressure-lowering effect in both normotensive and angiotensin II-induced hypertensive rats and its action is related to the presence of flavonoids and other phenolic compounds. Furthermore, the antihypertensive effect could be related to a strong antioxidant activity that reduces the binding of the angiotensin-converting enzyme with angiotensin receptors.

Acknowledgments: The author wishes to thank Dr. Bader I. Alharbi, Associate Professor, Department of English and Translation, Qassim University, for his assistance in preparing this article. 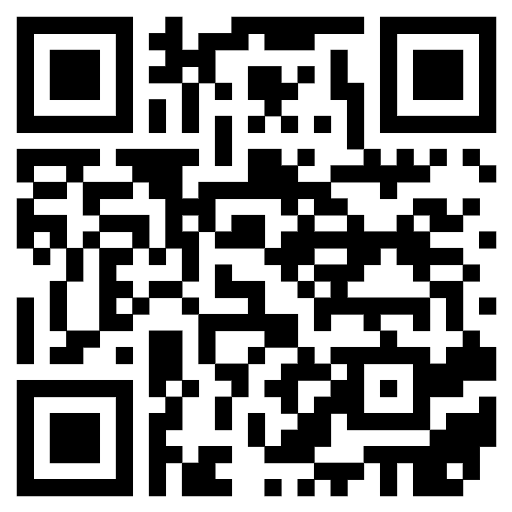