Proprotein convertase subtilisin/kexin type 9 (PCSK9) is an enzyme that plays a key role in regulating the circulating low density lipoprotein cholesterol (LDL-C). Among the PCSK9 variants, while gain-of-function mutations aggravate the degradation of LDL receptors, leading to familial hypercholesterolemia (FH), whereas loss-of-function mutations increase LDL receptor levels, lower LDL levels, and prevent coronary heart disease. The variants of PCSK9 have not been clarified in the Vietnamese population yet. Hence, the present study aimed to present the molecular characteristics of PCSK9 gene in Vietnamese hypercholesterolemia patients. A total of 26 peripheral blood samples were collected from the patients who were diagnosed with Hypercholesterolemia in a local hospital. The PCR-sequencing method was applied to amplify and sequencing PCSK9. Then, variant screening was performed by comparing with the reference sequence (NG_009061).
60 variants were identified in 14 of 26 patients (accounting for 53.85%): 50 (83.33%) variants were identified as novel variants among which, 24 were probably damaging, 11 were benign, and 15 were variants of uncertain significance. Functional effects of novel variants were predicted by using PolyPhen-2 and FSPLICE. This study analyzed the variants spectrum in Vietnamese Hypercholesterolemia patients and expresses the importance of genetic diagnosis in FH patients.

Familial Hypercholesterolemia (FH, OMIM: #143890), also known as Familial Hypercholesterolemia type 2 or Fredrickson Class 2A Hyperlipidemia, is a prevalent autosomal dominant hereditary genetic metabolic disease [1]. The prevalence of the heterozygous form of FH (HeFH) is about 1/244 individual, while that of the homozygous form (HoFH) is about 1/160,000-300,000 [2]. FH is characterized by extremely raised levels of total cholesterol (TC) and low-density lipoprotein cholesterol (LDL-C) in the circulation, the presence of tendon xanthomas and accelerated atherosclerosis, resulting in an increased risk of premature cardiovascular events [1, 3-6].

Accumulating evidence of molecular pathogenesis of FH, FH can be caused by mutations in either Proprotein convertase subtilisin kexin 9 (PCSK9), Apolipoprotein B (APOB), or LDL receptor (LDLR), and others singly or combinations [4, 5, 7, 8]. Up to date, more than 10000 genetic variants of those genes have been identified and reported in several public databases, such as Clinvar, LOVD, etc. From all mutations described, approximately 85-90%, 1-12% of patients with FH have been associated with LDLR mutations, and APOB mutations, respectively. Additionally, 2-4% gain-of-function PCSK9 mutations were identified in the patients of FH [9, 10].

The Institutional Ethics Broad approval was obtained from Medic Medical Center, Ho Chi Minh City, Vietnam (Ethics code: 02/06/2020/HĐĐĐ/YTHH). All patients enrolled in the study signed the consent forms to approve the usage of the samples for laboratory work and analysis.

A total of 26 blood samples from Hypercholesterolemia patients were collected at Medic Medical Center, Ho Chi Minh, Vietnam. The patients were diagnosed with increased the concentration of TC and LDL-C (LDL-C ≥4.13 mmol/L, TC ≥6.20 mmol/L).

Genomic DNA was isolated from whole blood samples using TopPURE ® Blood DNA Extraction Kit (HI-132). The amplification of targets was performed by the PCR-sequencing method. The used primers are shown in Table 1. The PCR assay was done in a total volume of 50μl, containing 100 ng template. PCR reaction was subjected to initial denaturation at 95°C for 5 min, followed by 35 cycles at 95°C for 30 s, 56°C for 30 s, 72°C for 30 s, and finally 72°C for 10 minutes. PCR products were directly loaded onto a two percent agarose gel, stained with GelRed, and visualized directly under UV illumination. The PCR products were sequenced to identify whether there were mutations in exon 1 and 2 of PCSK9 gene in comparison to the references of PCSK9 gene (NG_009060; NM_000527).

The position of the novel variants in its encoded protein was identified based on the comparison with the reference sequence NP_777596. The functional effect of each variant was classified as pathogenic or non-pathogenic based on the database of ClinVar and LOVD. For those variants, which have not been previously recorded, the PolyPhen-2 and FSPLICE were used for predicting the functional effects.

Annotation of variants in hypercholesterolemia subject

In the total of 10 variants, one frame insertion was identified as benign in FH pathogenesis, and nine were missense variants, among which one was probably pathogenic, four were benign/likely benign, and 5 variants had uncertain significance. Among them, the variant of c.63_64insCTG (p.L21_L22insL) was located at the domain of the signal peptide (residue 1 to 30). All missense variants were located at the N-terminal prodomain (residue 31 to 69).

Table 3. 10 Known variants of PCSK9 identified in the study subjects

Note: * data was classified based on the database of Clinvar and/or LOVD; N/A: Not assignment; B: benign; LB: Likely benign; LP: Likely pathogenic; VUS: Variant of uncertain significance.

Table 4. The novel variants of PCSK9 identified in hypercholesterolemia patients.

Historically, the diagnosis of FH was based on clinical characteristics, including the high LDL-C levels, physical examination findings, and clinical/familial history of hypercholesterolemia and/or cardiovascular diseases [13-16]. In recent years, numerous molecular diagnostic techniques have been developed, including polymerase chain reaction and genome sequencing for genetic testing [17]. In this study, the PCR-sequencing was applied to investigate the genotype variants of PCSK9 in Vietnamese hypercholesterolemia patients. In 26 hypercholesterolemia patients, 53.85% carried a total of 60 PCSK9 variants Among which 10 were in Clinvar and LOVD and 50 were newly identified in this study. Of 10 known variants, 4, 1, and 5 were identified as benign/Likely benign, Likely damaging, and VUS, respectively. The functional prediction of these 50 novel variants was performed by PolyPhen-2 and FSPLICE. As the results, 24, 11, and 15 of the novel variants were identified as probably damaging, benign, and VUS, respectively. Notably, among 14 patients within the identified variants, the patient, who was diagnosed with the highest levels of hypercholesterolemia, contained the highest number of novel variants (18 variants), and all of them were located in the exon 2 of PCSK9. It was necessary to perform an in vivo functional analysis to determine those variants as whether or not pathogenic in hypercholesterolemia.

This study had a limitation. The familial history of patients was not recorded. Therefore, to further study whether these novel variants could be considered the cause of hypocholesterolemia, family studies should be conducted.

In conclusion, this study annotated 50 novel variants of PCSK9 on the clinical phenotype of patients with hypocholesterolemia. By in vivo functional analysis, 24 of 50 novel variants (48.00%) were predicted as probably damaging. To further study, in vivo functional analysis, as well as family studies, will be performed to determine those variants as whether or not pathogenic in familial hypercholesterolemia.

1.        Goldstein JL, Brown MS. Binding and degradation of low density lipoproteins by cultured human fibroblasts: comparison of cells from a normal subject and from a patient with homozygous familial hypercholesterolemia. J Biol Chem. 1974;249(16):5153-62. 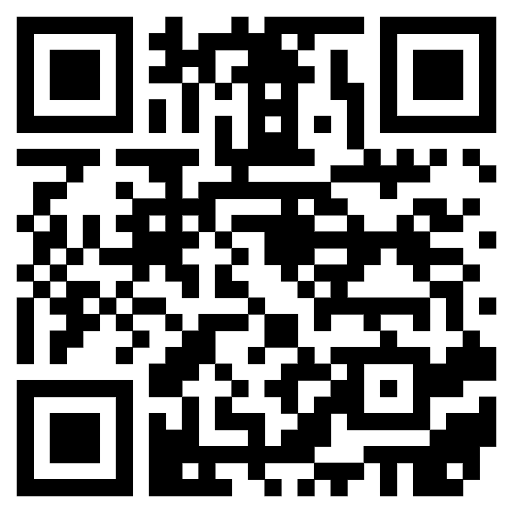