The present article gives an analytical overview of the current state of processing problems and visualization of magnetic resonance imaging (MRI). It is presented the expediency of combining of instrumental means, presented in various open-source programs and scientific publications in recent years, into a single program‐ tool complex solving in full problems of pre‐processing and filtering data, directed precision thematic segmentation and analysis of images, forming the feature space, recognition of the situation, 3D modeling, and visualization. The complex is designed for expert decision support of doctors‐researchers in the process of carrying out scientific experiments. Support is based on the application of new methods of brain area texture analysis, effective metrics, and advanced means of cognitive computer graphics. An important feature of the complex must be the interactive operating mode of the doctor‐researcher with MRI data, which can be provided by applying high-performance computing with software support of hardware accelerators.

Every day, the number of patients who are scheduled for diagnostic examination using a computer (CT) and magnetic resonance imaging (MRI) methods is growing [1].

In computed tomography, for example, of the abdominal cavity, it is difficult to separate the tumor from the organ, as well as to calculate its volume characteristics [2-4] To make the right decision about surgery on a tumor, it is useful to have a clear 3D model [5-7].

However, modern software for processing images obtained during CT and MRI is developed and delivered with the devices, but the functions of these programs are not enough to perform complex operations with the obtained data [8-10].

Creating 3D models of organs using these programs is possible and difficult, but it requires a lot of time and system resources of computers directly connected to the tomograph. Also, existing SOFTWARE is not able to create 3D models of the internal structure of organs if the images were obtained without the use of contrast agents [11-14, 34, 36, 38]. Also, no software allows you to simulate surgery to plan a real operation for a specific patient [15, 16, 35, 37].

Currently, digital equipment of the largest manufacturers of radiological equipment (PICKER, GE, Siemens, HP, Philips) is widely used for diagnostic purposes [17, 39, 40]. This made it possible to determine the need to use the rapid transfer of data obtained during medical research between these centers, with the implementation of image processing capabilities to improve their analysis quality [18-20, 41].

In connection with the above, for the use of computer technologies in medicine, there is a need for communication capabilities that would allow:

- ensure the extensibility of the existing network by connecting new equipment to it;

- integrate various data to improve the quality of diagnostics.

This work aims to develop prototype software that allows you to create three-dimensional models of internal organs based on images of computer and magnetic resonance imaging with the possibility of simulating surgery and its use in emergency surgery and resuscitation.

When developing the software package, the following tasks were set:

1. The program should be built on a modular principle that allows you to build three-dimensional models of organs;

2. It should be possible to conduct an automated assessment of the form and volume of detected neoplasms;

3. The ability to integrate with the simulation module to perform preoperative simulation actions (incision and puncture).

4. The ability to design a system for integrating 3D models of organs obtained from medical images for bioprinting.

The program interface should be adapted to users' tasks.

Various incoming DICOM files (an array of images with a certain distance between sections) obtained from a multispiral computer tomograph "Aguilion 160 Prime" by Toshiba were studied. Testing of the program takes place based on the Stavropol regional clinical consulting and diagnostic center in the Department of Radiation diagnostics (Figure 1).

Patient K., 39 years old, was sent to the magnetic resonance imaging office of the Department of Radiation diagnostics of the Stavropol regional clinical consultative and diagnostic center after consulting a neurologist with the diagnosis: withdrawal Epiprime. Right-sided pyramid syndrome. Dyscirculatory encephalopathy of the complex Genesis with scattered hot-spot symptoms. Dysmetabolic sensorimotor neuropathy. Based on our experience, it was hypothesized that the patient has an aneurysmal disease. This diagnosis is often manifested in an unbalanced and irrational diet. Prevention and correction of nutrition in this diagnosis are discussed in our previous works [29-31, 43]. Further analysis of the patient data was performed to confirm the diagnosis

From the anamnesis: a single convulsive attack on the background of alcohol withdrawal after prolonged use. There were complaints of headache, nausea, numbness in the extremities, tremor.

Preparation for the MRI: no specific preparation is required. The patient has explained the need to remain motionless while being in the magnet tunnel. The study was performed on a high-field MRI tomograph “PHILLIPS Ingenia 1.5 Tesla” using a standard scanning Protocol, including T1-VI, T2-VI, T2* - GRE, FLAIR, DWI with the construction of ADS maps, with a slice thickness of 5.0 mm, an inter-slice interval of 0.5 mm, in the axial, coronal and sagittal planes. Contrast enhancement was not performed. Also, to exclude aneurysmal disease, magnetic resonance. angiography (MRA) scanning with DICOM image analysis was performed.

In the future, the program modules were developed for analyzing DICOM files and building 3D models obtained as a result of their conversion. Then the program created three-dimensional reconstructions of organs and individual structures of the organ, the skeleton, blood vessels, and the surface of the organ. Was made a module for batch processing of an array of DICOM (Figures 2-4).

A module of a surgical intervention simulator was developed, where the resulting 3D model of an organ (kidney) was loaded into the module after reconstruction and allowed performing various manipulations: incision, puncture, scrolling the 3D model, zooming in and out of the organ model, tool setting mode (Figure 5).

New additional modules were developed for image reconstruction in 3D models with contrast agents. The software package can improve and automatically process medical images, and now the program is being tested without using contrast. The program allows you to perform pre-processing - tools with noise reduction and improve the quality of DICOM images. The control method is manual and semi-automatic.

Also, using the software package, three-dimensional models of organs were printed on a 3D printer, in this case, human kidneys and heart were printed out using computed tomography (Figure 5).

As a result of the work, the hypothesis of aneurysmal disease in the patient was excluded, which made it possible to prescribe conservative treatment. The software product is intended mainly for radiologists, radiologists, surgeons, and Cybernetics doctors. It can serve as a training program or simulator, and therefore will also be useful for young doctors who are practicing in medical centers and students studying at medical universities. The program is designed to simulate operational actions on internal organs

Studies were conducted on the possibility of building three-dimensional models of organs based on images obtained without the use of contrast agents. A positive result was obtained, but the method requires further development. Additional software modules are currently being developed to optimize image quality, build clearer organ structures in 3D models, and use modules and filters for various purposes for reconstructing three-dimensional models with or without contrast agents. For models using contrast agents, new materials based on nanoscale particles stabilized by active high-molecular compounds will be considered [7, 32, 33].

Acknowledgments: The authors express their gratitude to their colleague Mr. Sergey Gurenko for the analytical and statistical support of the experiment

Ethics statement: All submitted materials are carefully selected and peer-reviewed 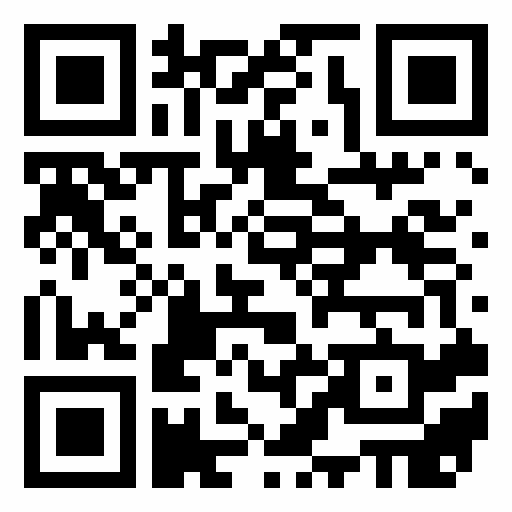