Colorectal Cancer (CRC) is a global medical challenge. In the KSA, it is 1st cancer among males, 3rd among females, with a death rate of 8.3%. The main purpose of CRC screening is to detect cancer in early stage where cure can be achieved. So, this study aimed at evaluating the public awareness of CRC and determining the preferred methods to conduct the awareness of this concept.
A cross-sectional study was performed in Jeddah, KSA, in 2019. Data collection was done using an online questionnaire that was distributed through social media. 4090 participants from all over the Kingdom were participated. SPSS Software was used to analyze data using the Chi-square test.
57.3% of respondents were females. 43.7% chose unintentional weight loss as the most well-known symptom of CRC.  Most of the participants were unaware of CRC Screening methods and Social media was the preferred way of spreading awareness. The present study demonstrated a low level of awareness among Saudi society regarding CRC screening, risk factors, and symptoms. Most participants stated that they use social media as the first way of spreading awareness.

Colorectal Cancer (CRC) has become a serious issue globally, representing 10% of all cancer incidence in 2012 [1-5]. Worldwide, the number of cases of CRC in 2012 was 1.4 million, making it the third most common cancer among men and the second among females. Unfortunately, the number of deaths from CRC was 8% of all cancer-related deaths. [6] In Gulf Cooperation Countries (GCC), CRC is the second most common cancer in 10 years. [7] The incidence of CRC cases in Saudi Arabia in 2010 was 1033 accounting for 10.4% of the newly diagnosed cases. CRC in Saudi Arabia is the first among males and third among females [8] and the death rate was reported to be 8.3%. [9] More efforts are needed for early detection and to reduce the death rate of CRC in Saudi Arabia.

Several studies showed the public awareness rate concerning CRC. A study from the United Kingdom (UK) assessed public awareness about CRC. It showed that a change in bowel habits is the most recognized symptom 23%, then bloody stool 15%. [13] Also, a survey-based study in Ireland done to assess awareness of colorectal cancer symptoms and screening in a peripheral colorectal surgical unit showed that bloody stool to be the most known symptom of CRC (62%). Followed by rectal bleeding (45%). The overall study disclosed the lack of awareness in Irish patients regarding CRC symptoms and screening. [14] Moreover, another cross-sectional study in the UK showed a lack of CRC awareness among respondents who are less than 50 years old and low educational levels. [15] Furthermore, in Scotland comparative study of knowledge and awareness of colorectal and breast cancer revealed the inadequacy of knowledge and awareness of CRC among the general population in comparison to breast cancer. [16]

In Saudi Arabia, a cross-sectional study of 1070 participants in Riyadh participated in a survey. Even among the most educated participants, less than 50% of them answered the questions correctly. Only 34.8% of all the participants knew that having a CRC case in the family consider as a major risk factor. [17] This substantial amount of lack of public awareness of CRC is alarming. The percentage figure is high among the educated Saudi community; therefore, increasing public awareness is essential in all regions of Saudi Arabia.

In summary, Colorectal Cancer (CRC) studies showed that knowledge about the disease and public awareness is directly related to an increase in the number of participants in the screening programs. [18] Therefore, we aim to assess the rate of public awareness about CRC, determine the preferred screening method, and discover the best method of communication to deliver education.

This is a cross-sectional study conducted in Saudi Arabia in 2016, approved by the Institutional Review Board (IRB) of King Abdulaziz University (KAU).

Data was collected using an online questionnaire distributed through social media with a sample size of 4 and a target sample of 5000. Inclusion criteria included the general population of Saudi Arabia excluding health care workers and patients diagnosed with colorectal cancer.

Data Were Analyzed using IBM SPSS Statistics 23. Each respondent answered 22 multiple choices questions using only one choice. Data were compared to Pearson’s Chi-square to examine the level of CRC awareness concerning the demographic categories Age, Sex, level of education, and geographic distribution. A P value of < 0.05 was considered statistically significant.

Demographic characteristics were Age, Sex, Level of Education, and Geographic distribution. In Table 1. In total, 4090 respondents participated in our study from all over the Kingdom. The majority of the respondents were Females (57.3%), 16-49 years of age (91.5), and (63.9%) who received High education and live in the western area.

Overall, unintentional weight loss was the most recognized symptom by the respondents to indicate CRC with (43.7%). While most of them weren’t sure that rectal bleeding is a symptom of CRC (42.9%). Similarly, (35%) of the respondents didn’t know whether a change in bowel habits is a symptom of CRC, (33.3% answered No and 34.9% answered Not Sure). The majority, nevertheless still not aware of the symptoms of CRC. (Figure 1)

Regarding CRC risk factors. Smoking was the most recognized risk factor by the participants. (69.6%). While Diabetes was the least acknowledged by participants only 18.1% of them could identify it as a risk factor. (55.6% answered Not sure and 26.4% answered Disagree). (Figure 2).

Regarding the preferred way of spreading awareness, most of both genders chose Social media educational content (60.2% of participants).

Participants were divided into two groups according to age 16-49 and 50 and older. There were many significant differences in CRC awareness in correlation to age. Overall older participants (50 – older) were more aware of CRC.

Concerning screening, also more older adults were aware of CRC screening methods (43.1%). On the other hand, only 27.1 of younger adults were aware of them. (P = 0.000). In contrast, more younger respondents 33.9% knew colonoscopy is not the only method of screening compared to 23% of older participants. Correspondingly more of the younger respondents 32.3% knew that a change in bowel habits might indicate CRC compared to 25.9% in older participants. (P = 0.003)

On the other hand, more of the younger participants chose social media as the most preferred way of spreading awareness (61.2%). Compared to 50% in older participants. (P = 0.000).

Concerning the preferred way of spreading awareness, the majority of all participants thought is the best way to spread awareness on social media.

Overall there were less significant differences in CRC awareness according to geographic distribution. However, Participants from the central region (Najd) and the western region (Hijaz) were more aware of CRC than the other regions.

In this study, we aimed to assess the rate of public awareness about CRC, find the best method to spread awareness and identify the preferred screening methods in the Saudi community.

Our study reveals the lack of adequate awareness regarding CRC. There are significant differences in correlation to demographic categories. However, Females, older participants, and participants with a higher educational degree demonstrated a higher level of awareness of CRC (statically significant). Although the incidence of CRC is higher in males than females in Saudi Arabia, more females were able to answer correctly. Another study performed in Saudi Arabia showed that most Saudis have a low level of awareness about CRC symptoms, risk factors, and screening methods. However, it also revealed that mostly females answered the survey’s questions correctly [17]. This result could be due to their involvement in breast cancer awareness campaigns; as most of the questions answered were related to symptoms and risk factors that CRC and breast cancer have in common. For instants, most females knew that unintentional weight loss is a symptom of CRC (45.9%) (P = 0.0001), having a close relative with CRC (39.1%) (P = 0.00), smoking are risk factors for CRC (69.9%) (P = 0.021). Also, their knowledge that screening should take place before the onset of symptoms (49.2%) (P = 0.007).

Concerning age, mostly older participants >50 years of age answered correctly. For instance, the increase in consumption of red or processed meat once or more days and low fiber, vegetables, and fruits diet are risk factors for CRC (56% and 61% respectively; P = 0.00, P = 0.018). Similarly, in other studies, one performed in the UK showed that participants 50 years of age and older are more aware of CRC. [14] Also, a study in Saudi Arabia showed better awareness of CRC among participants between 50 – 59 years of age. [17]. Another study in the UK displayed that younger age groups are less aware of CRC. [15] We expect that this is a result of their experience in life and the difference in interests and priorities since health concerns seem to be higher for those over 50 years compared to those who are less than 50. They may know a family member or a friend diagnosed with colorectal cancer during their life, so they have greater alertness about it.

Participants with a higher educational level were more aware of CRC. They have increase awareness that rectal bleeding and unintentional weight loss are symptoms of CRC. They are aware that a low fiber diet, being over 70, and having a close relative with CRC are risk factors. Also, a similar study in the UK disclosed a lack of awareness among lower educational levels. [15]. As well as a similar study conducted in Saudi Arabia in 2015 and reached the same conclusion that the people with a completed postgraduate education have a greater awareness of colon cancer [15]. We assume this result is because they have more information and are continuously updated than those who have a low level of education. On the other hand, there were no significant statistical differences in awareness of CRC according to geographic distribution.

The majority of participants knew that smoking, low fiber diet, decreased physical activity, and having inflammatory bowel diseases are risk factors of CRC.

Overall, despite the variation between the demographic categories, this study shows the poverty of awareness about CRC among Saudi society. Unfortunately, the literature review showed that a lack of awareness regarding CRC is not uncommon globally. Studies performed in the UK [13], Ireland [14] Showed a lack of awareness regarding CRC symptoms, risk factors, and screening. Similarly, in Croatia, a study showed a low level of understanding of colorectal cancer in the general population when compared to breast cancer. [16]. Moreover, the majority of participants (60.2%) preferred social media to spread awareness over the other choices which include awareness campaigns in malls (14.4%), billboards (8.1), SMS (7%), and awareness campaigns in schools (6.6%). Also, 3.7% of participants chose others.

In Conclusion, the study disclosed the low level of awareness among Saudi society regarding CRC symptoms, risk factors, and screening despite the variation according to demographic categories gender, age, level of education, and geographic distribution. However, Females, older participants, and participants with higher educational levels were more knowledgeable than the other groups. Therefore, we must put more effort in cooperation with the Ministries of health and education to enhance and improve the level of awareness of CRC and lifestyle risk factors in Saudi society in all groups. Especially the younger people; by adding this information in the school curriculum, especially the early detection of colorectal cancer where it is first cancer among male and third among female in Saudi Arabia. Taking into consideration that social media is the most preferred way of spreading awareness for most participants.

Acknowledgments: We acknowledge the participants who agreed to be involved and the time they used to complete the survey.

Conflict of Interest: None

Statement Ethics: The research was approved by Research Ethics Committee, Faculty of Medicine at King Abdulaziz University. The IRB was issued on 26-5-2016 with Reference No: 461-16. 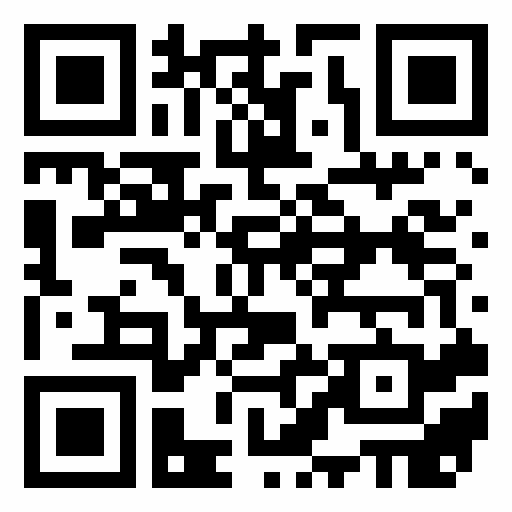