A diabetic foot ulcer is considered as the most serious diabetes complication. This study was intended to estimate the association of (C667T) SNP (rs180113) in the methylenetetrahydrofolate reductase (MTHFR) enzyme with the DSF predisposition, and the role of some non-genetic risk factors in the diabetic Sudanese population. A cross-sectional case-control study was conducted, 55 were diabetic septic foot (DSF) patients represent the case group, and 75 diabetic patients (DM) without septic complication as control. The (C667T) (rs180113) Polymorphism was detected by polymerase chain reaction-restriction fragment length polymorphism (PCR-RFLP) using Hinf I enzyme. Diabetic septic foot (DSF0 with retinopathy showed a highly significant difference compared to DM with retinopathy (p-value = 0.006), with three times increased risk of DSF (OR = 3.527). Concerning the genotype analysis, the homozygous wild type genotype CC showed high frequency among cases and control with the following percentage (96.7%, 100%) respectively. No significant association between the mutant genotype and DSF predisposition. The results of this study indicate that MTHFR (C667T) (rs180113) polymorphism is not associated with the increased risk of diabetic septic foot among Sudanese diabetic patients, and neuropathy, retinopathy might be strong pathological cases lead to diabetic septic foot development.

Diabetes is a highly prevalent complex disorder characterized by increased blood glucose levels. An Autoimmune process destroys ß-cells in type 1 diabetes mellitus (DM1), whereas a combination of genetic and Environmental factors brings about ß cell failure in type 2 DM (DM2), resulting in Impaired action and secretion of insulin and may be developed to insulin resistance [1]. Diabetes has chronic and acute complications such as diabetic ketoacidosis, retinopathy, macro Vascular diseases, nephropathy, and diabetic Septic foot [2]. Many factors contribute to health such as nutrition, physical activity, level of stress, personality, and behavior [3-6].

It's the most serious diabetes complication because it results from a compromise of the blood supply From Microvascular disease, often in association with the lack of sensation because of neuropathy, Predisposes Persons with diabetes mellitus to foot infections, These infections span the spectrum From simple, superficial Inflammation to chronic ulcers, DSF remains a challenge to manage Because of coexisting immunopathy; Antibiotic therapy is the main treatment for patients with deep And surrounding tissue infection [7].

MTHFR is a key regulatory enzyme in folate and homocysteine metabolism. It provides the methyl group for Methionine synthase, methylating homocysteine to methionine. Deficiency and Mutations of MTHFR are associated with an increase in plasma homocysteine, which in turn is associated with an increased risk of vascular diseases, among diabetic patients such as neuropathy, nephropathy, and retinopathy those are considered independent risk factors for a diabetic septic foot [8, 9]. The mutant Polymorphisms; 677 C>T and 1298 A>C were shown to affect the enzymatic activity of MTHFR [10-12]. Plasma levels of Hcy are governed by both genetic and nutritional factors such as vitamins B12, B6, and folic acid. A common missense mutation in the MTHFR gene, a C-to-T substitution at nucleotide 677, is responsible for reduced MTHFR activity and is associated with a moderate increase in plasma Hcy concentrations and subsequently results in hyperhomocysteinemia (HHcy), Other study found that C677T in MTHFR gene associated with various diseases includes hypertension, Nephropathy, retinopathy, and cardiovascular disease. Also, it found that Hyperhomocysteinemia is an independent factor for the corona artery and neuropathy [13, 14].

A cross-sectional case-control study was conducted to study the association between MTHFR gene Polymorphism (C677T) and DSF in diabetic Sudanese patients. In this study, samples were collected from a private clinic in Khartoum and Zinam Hospital for diabetes and kidney diseases in Khartoum state also from May - February 2019.

Five ml of Blood samples from 55 diabetic septic foot patients and 75 diabetic patients as control were collected in EDTA container and plane container, the blood in a plane container was separated by centrifuge for serum Collection, all samples (serum and blood) preserved in -20c before analysis. A questionnaire was performed in sample collection.

RBCs lysis buffer was prepared (appendix 2) and 3ml of it were added to 2ml of the blood. Then the mix was Vortexed and centrifuged for 5 min at 4000 rpm, this step was repeated until we get a white pellet. WBCs lysis buffer was prepared, 2ml of it was added and one ml of guanidine chloride (appendix4), 300µL of ammonium acetate, and 10 µL of 10mg\ul proteinase were added. The mix was vortex and incubated at 37° C overnight.

Amount of 2ml of pre-chilled chloroform was added and then centrifuged for 5mint at 2500 rpm, the upper layer was transferred into a new falcon tube and then a double volume of ice absolute ethanol was added and incubated at -20°c for 48 hours, the mix centrifuged at 3000 rpm for 20 min, then the supernatant was discarded, inversion the Tube on a tissue paper for 5 min, then The pellet was washed by 4 mL of 70% ethanol, and then centrifuged at 3000 rpm for 5 min, the supernatant was poured off and allowed the pellet to dry for 1-2 hours.

The pellet was suspended in 50µL water for injection and stored at - 4°C overnight and then at -20°c.

DNA quality of selected samples (case and control) was determined using 1% agarose gel electrophoresis Followed by staining with 3µL ethidium bromide. 1% gel was prepared by dissolving 1g of agarose in 20 mL 5x TBE buffer (tris borate EDTA) and 80 ml Distilled water and dissolved by microwave at 350˚C for 1 min till boiled. 3μl of ethidium bromide was added to the gel for DNA intercalation, immediately the gel poured in the electrophoresis plate for polymerization, 1x TBE buffer used as running buffer.

Hinf1 restriction enzyme was used to detect the presence of the MTHFR gene (C677T) polymorphism, using the Following digestion mix and incubated for 1hr at 37C.

The 248 bp PCR product cleaved in the bellowing pattern:

Ethical approval was obtained from the ethical committee of the Deanship of Scientific Research at Al Neelain University, and verbal consent was obtained from all participants, both cases (DSF) and controls (DM).data were collected by using a questionnaire.

All the data from the questionnaire and genotypic data were analyzed using SPSS version (21).

This study includes 130 samples, 75 are diabetic patients used as control and 55 are diabetic septic foot considered as cases, the questionnaire was used to collect data from all participant, these data include non-modifiable risk factors of the diabetic septic foot (Age, Gender, Family history and duration of diabetes ) and modifiable risk factors such as body mass index, lifestyle, socioeconomic status, alcohol and cigarette consumptions, and other diseases related to the septic foot development including neuropathic disorders and retinopathy, Nephropathy and cardiovascular diseases (Table 1).

72% and 72.9% of DSF and DM respectively have diabetes for more than 5 years with no significant difference between the two groups (p-value = 0.539).

DSF with a family history of diabetes are 66.7% and 63.4% of DM have a family history, with no significant difference observed between DSF and DM (p-value = 0.426) as shown in table 2.

78%, 88.9% represent physical inactivity of DSF, and DM respectively, no significant difference between the two groups was observed (p-value = 0.08).

Low and intermediate socioeconomic status among DSF and DM are equally, with no significant differences between them (p-value = 0.432).

Table 3 represents 58% of DSF has neuropathy and 28.6% from DM. A significant association between neuropathy and development of the diabetic septic foot, with three times, increased risk of DSF ( p-value =0.001, OR= 3.452).

35.2% of DSF have retinopathy while 14.3% of DM, with a highly significant difference between DM and DSF, and the DSF with retinopathy at risk three times more than diabetics without retinopathy (p-value = 0.006, OR = 3.527).

Table 4: The Genotype and allele frequency of MTHFR SNP C677T in DSF and DM

Diabetes is a highly prevalent complex disorder, it was reported that 382 million were diabetic worldwide, and 80% living in low and middle-Income Countries [15]. In these countries, where more than 50% of the population lives in rural areas and has shown a rising trend of diabetes prevalence during the last two decades [16]. In Sudan, the prevalence of diabetes is rising from 9.3% in 2010 to 10.6 % in four states in 2013 [17].

DSF is one of the most serious diabetes complications and there is a proven genetic profile for diabetic septic foot globally, in Sudan the prevalence of diabetic foot is around 18.1% which is higher than the estimated prevalence regionally and internationally [18].

This study was conducted to understand genetic and non-genetic risk factors of DSF compared to the diabetic patient without septic complication in Sudanese patients.

Regarding age, this study showed a high frequency of DSF and DM (94.4%, 76.4%) respectively are at age group more than 40, this might be explained by a possible increased exposure of patients at this age to many environmental risk factors or disease risks such as neuropathy and retinopathy. This result is consistent with Barnett finding [19], and disagree with Abdeltif Errouagui outcome [20].

Concerning gender analysis 66.7%, 68.1% represent males in DSF and DM respectively, thus no significant difference has been observed and so both sexes developing septic foot by the same rate this might indicate the role of other modifiable risk factors. This result disagrees with El Bushra Ahmed Doumi in his study in alobyaid teaching hospital [21].

According to the family history, both DSF and DM have a high family history with no significant difference between them which agreed with Finding Balla et al, 2014 [17]. This result indicates the presence of shared environmental risk factors such as lifestyle habits and hygiene.

Concerning physical activity, we didn’t find a significant difference between septic and diabetics, both of them do not practice any form of organized physical activity. This is expected as a lack of exercise is one of the known Sudanese population lifestyles that is why the ratio of hypertension and cardiovascular disease increase in Sudan [22].

Alcohol consumption showed a strong association with the diabetic septic foot, and could definitely because of the profound effect of ethanol on the liver which is the machinery of synthesizing almost all the proteins needed for the wound healing process. Our result agreed with Nicolas's finding [23]. When we analyzed smoking both case and control are at the same level and this disagrees with Silverstein who stated that smoking has a profound negative effect on wound healing due to its association with vasoconstriction and low oxygen-carrying capacity of blood [24].

Neuropathy showed a high frequency among septic patients compared to diabetic control that indicates it’s the impact of developing septic foot, as the septic patients loss the sense at lower limbs, and expectedly their wound developed rapidly.

Our finding is compatible with Yagihashi  [25] revealed that retinopathy showed a high frequency among septic with a significant difference between diabetic septic patients and diabetics that agrees with Williams  [26]. This result could be explained by the patient who could not take care of their feet well because of the impaired vision.

Regarding septic patients who have hypertension and heart disease no significant difference was observed between DSF and DM respectively, that in contrast with Weitz who found that patients with peripheral atrial disease demonstrate the progression of symptoms over 5 years, with limb loss occurring in ∼4%, While the majority of patients remain stable in their lower-limb symptomatology [27].

This study ends up with the non-significant association of MTHFR C677T polymorphism with diabetic foot susceptibility among diabetics (p-value = 0.500). This finding may indicate the role of other SNP in the MTHFR gene and diabetic ulcers or the genotyped sample don’t represent the actual distribution of the polymorphism. This result disagreed with Födinger results who found the MTHFR mutations were associated with an increased risk of vascular diseases, among diabetic patients such as neuropathy, nephropathy, and retinopathy that may consider independent risk factors for a diabetic septic foot [8, 9]. These findings may differ due to different sample sizes and population distribution.

The role of genetic concerning C677T polymorphism of the MTHFR is not significantly contributed to the predisposition of the diabetic septic foot in Sudanese patients. Environmental and disease risk factors such as neuropathy, retinopathy, alcohol consumption, and the duration of diabetes have an impact on developing diabetic foot ulcers among diabetic patients.

Disclosure of potential conflicts of interest

This Publication was supported by the Deanship of Scientific Research at Prince Sattam Bin Abdul Aziz University. 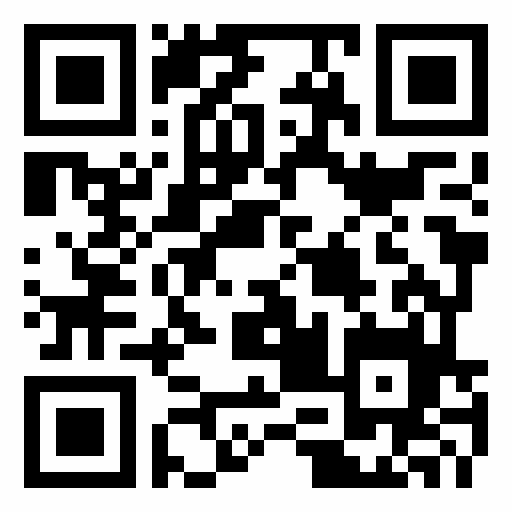