Pica condition is a pattern of consumption of non-nutrient substances. There are several reasons behind that such as shortages of iron and zinc. Though pica may have a negative impact on physical functioning, it rarely impairs social functioning, often associated with comorbid disorders. The things consumed may be harmless, or can even cause death at times. Pica is more popular in children younger than this. Pica is often underreported. Pica also constitutes a deadly type of self-injurious behaviour. This behavior is more prevalent in those with behavioral and intellectual handicaps.

Pica is typically defined as a regular ingestion for atleast more than 1 month of non-nutrient substances which is developmentally irregular. The definition is also extended to include the mouthing of non-nutrient compounds. Pica may be mild, or it may have life-threatening effects [1]. Pica may be caused by a lack of dietary consumption of zinc and iron, which may increase the physiological and psychological needs of these nutrients. Throughout pregnancy, the necessary intakes of magnesium, zinc and iodine all increase by about 50 per cent. Low iron and zinc status are known to affect the senses of taste and smell, and low iodine status can have broad effects by reducing thyroid hormone production. Therefore, expecting either of these defects to have the potential effect on food or non-food cravings isn't too long. Interestingly, ice chewing is a form of pica often associated with iron deficiency, even without pregnancy. The intense desire to eat ice is most usually a good indicator of iron deficiency. Ice pica is also believed to improve forms of bariatric surgery in those who have had the weight decrease bypass. Changes in the stomach and small intestine affect the ability to absorb iron and may result in iron deficiency over a period of time [2]. Persons diagnosed with pica have been reported in the mouth or ingest a wide variety of non-food products like mud, dirt, sand, stones, seashells, skin, fecal glue, laundry starch, vinyl gloves, rubber, pencil erasers, glass, fingernails, ink, paint chips, pp. Also though pica is found mainly in children, it is the most common eating disorder in people with intellectual disabilities. This has also been observed in females during pregnancy. For certain cultures Pica is a generally recognized practice, and is not considered pathological.

Though pica may have a negative impact on physical functioning, it rarely impairs social functioning, often associated with comorbid disorders. The most extreme is probably autism spectrum disorder, intellectual disability as well as, to a lesser degree, schizophrenia and obsessive-compulsive disorder (OCD). Although pica coexists with trichotillomania or excoriation, the hair or skin is usually eaten. Within this population the risk for the prevalence of pica increases as the severity of the condition increases. Pica may also coexist with the condition of avoiding / restrictive intake of food, particularly where the appearance has a strong sensory dimension. Various categories of eating disorders are summarised in Table 1.

Any eating disorders which are rare can be categorized as

What might be the explanation for the cause of pica in people?

Multiple sources link Pica; thus no specific cause can be estimated. Pica can be related to a deficiency for magnesium, zinc or some other mineral in certain situations. For example, anemia is typically caused in pregnant women by iron deficiency, which may be the underlying cause of pica. Some extreme cravings may be an sign the body is trying to restore the low nutritional levels. People with other mental health problems, including schizophrenia and obsessive-compulsive disorder (OCD), may use pica as a means to coping with it. Some people can also respect and enjoy such non-food product texture and flavour. In some cultures the eating of clay is common practice. This form of pica is known as being geophagic [3]. Although pica is so often unrecognized and seldom mentioned, its true prevalence remains unspecified. Although the prevalence rate primarily depends on the classification of the pica used, the characteristics of the population examined, and the methods used to gather data, pica is most commonly reported in teenagers and people with intellectual disabilities. Children with learning disabilities and schizophrenia are affected more often than children without such conditions. In people with cognitive disabilities, Pica is the most common eating disorder. The hazard and severity of the pica rises in this population as the magnitude of the condition rises [4]. Severe medical consequences include problems / complications associated with pica Pica. Lead poisoning amongst young children is a hazard. The persistence of hand-to-mouth motions in younger children may correlate to ingestion of lead-based paint, particularly between the ages of 18 and 36 months [5]. Whole blood lead levels above 25 mg / dL suggest that the child is in a polluted environment. Higher blood lead levels have numerous memory-related effects (including impaired thought and communication), decreased mental ability, and impulse [6]. Chronic lead poisoning can lead to neurological complications, such as mental retardation, seizure disorders, peripheral neuropathy, psychiatric illness or some combination [7]. Different types of pica and their medical conditions involving paper pica which can advance to mercury toxicity. Soil or clay ingestion has been associated with soil-borne microbial infections and ingestion of hazardous materials that could pose a major health hazard [8]. Developmentally impaired behavioural issues linked with pica include irregular behaviour, irritability, self-abuse and food-related abnormal behaviour, such as licking off the floor and munching items [9, 10].

Pica epidemiology is associated with food. Geophagia is the most prevalent form of pica in poor people and people living in Tropical regions and Tribal group-oriented societies. Pica is widespread in western Kenya, southern Africa and India. It has been recorded in Australia, Canada, Jamaica, Wales etc. In certain nations such as Uganda, India, and Iran, etc., soil may be purchased for consumption [11].

Pica is more generally found during the second and third years of childhood and is known to be developmentally irregular in infants between the ages of 18 and 24. Research indicates that pica occurs in teenagers at a rate of 20 per cent and younger children at 25-33 per cent.  Worldwide incidence of pica during pregnancy and breast-feeding was recorded at 27.8 per cent [12]. Gradual decline in pica appears to occur with rising age.  Pica also progresses through adulthood but is seldom observed in people with no intellectual disorders. Pica most commonly happens in people with developmental disabilities and those aged 10-20 years of age. Various substances consumed in different age groups Infants and children are typically consumed with paint, plaster, string, hair and fabric. Older kids prefer to eat droppings of rodents, rocks, insects, grass, pebbles, and cigarette buttocks. Adolescents and adults eat clay or dirt the most frequently [13].

Therapy can be carried out in two separate fields namely pharmacological and psychosocial treatments.

No specific medical cure is required for pica. No pharmacological treatment trials have been performed for pica; however, the hypothesis that reduced dopaminergic neurotransmission is associated with pica indicates that medications that potentially enhance dopaminergic therapy may provide alternatives to therapeutic intervention in people with pica [14]. In fact, a single case report showed that olanzapine decreased pica behavior.

A thorough consideration of the particular patient's pica behavior process is key to successful treatment. Currently, therapeutic strategies are considered the most appropriate for the treatment of pica. Those include the following such as preliminary screening, Guidelines for discrimination between items edible and non-edible, Self-protection devices that prevent contaminants from being put in the mouth, Reinforcement of the visual, Unequal reinforcement of other or contradictory behaviors.

Physical and sensory stimulation between infants and young children may be given in pica. It can be helpful to tackle these problems and to handle economic concerns and social isolation. Information about the adverse effects of pica needs to be received. It is necessary to remove toxic substances like lead based paints from the environment.

Pica is a severe illness, based on the toxic compound that has been ingested over time. Epidemiological studies indicate that various people from different age groups are persistently affected all over the globe. Pica is a disorder where it is possible to get early identification and prevention. Further studies are required to explain the psychology and establish food selection progression, complex function of social control, significance of appetite and ingestive disorders. A person with mental disorders and iron deficiency which triggers them for consuming non-nutritive food substance must be given additional attention to prevent toxic intake. Central components of healing are preparation, education, successful clinical approaches. More growth in understanding food selection and consumption should yield for improved dietary strategy for condition change.

The authors declare none. 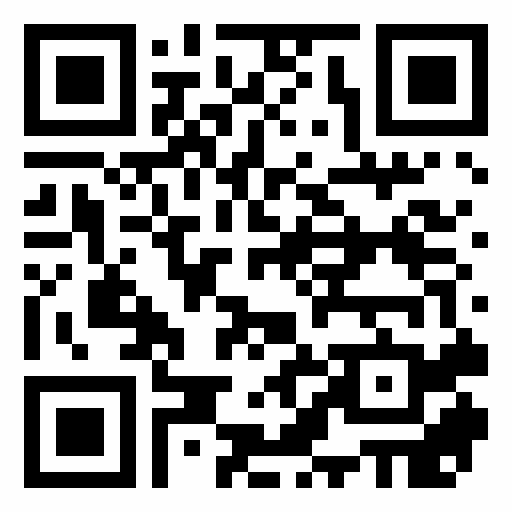