The present study aimed to design a sustained releasing and acting formulation of Domperidone with the aid of hydrophilic Methocel® K4M. Domperidone is an antiemetic drug used to treat nausea and vomiting. Generally, the dosing frequency is twice or thrice daily. Sustained- release formulation was prepared with different ratios of K4M. Furthermore, its quality and stability were determined. Pre-compression and post-compression characteristics were examined and the optimized formulation was selected for dissolution studies and also for similarity profiles. Drug dissolution studies revealed formulated tablet containing CF2 depicted the ideal release profile for once-daily consumption. Long-acting domperidone matrices were not just prepared but also displayed desirable properties required for an ideal once-daily formulation. The mechanism might be gel layer formation which afterward proceeded by gel erosion, hence giving a long slow-releasing pattern and desirable therapeutic effect. The concept of controlled release formulations helps the patients and care givers by reducing dosing frequency and chances of missed doses or overnight gap in administration of dose.

Domperidone blocks the dopamine receptors. It increases the peristaltic movement of gastrointestinal, resulting in the release of prolactin, it is an antiemetic agent and it paves a way for the study of different dopaminergic mechanisms [1].

Domperidone helps in GI emptying and also a stimulant of peristalsis. These characteristics are related to its peripheral dopamine receptor blocking properties. The drug enhances GI motility. On the contrary, it slows transit time and elevates the peristalsis of the esophagus and GIT. It also decreases the pressure of the esophageal sphincter [2-4]. The emesis controlling properties of domperidone is because it blocks the dopamine receptor. Both at the chemoreceptor trigger zone and also at the GI level. It bears bonding properties for the dopamine receptors (D2 &D3), lie within the chemoreceptor trigger zone, found near the blood-brain barrier, responsible forcontroling nausea [5, 6].

The drugs which are to be taken several times in a day, such medicines could be better delivered if they modified in the once-daily formulation [8, 9]. These formulations have great benefits over conventional ones, such as lesser doses, coverage of overnight no dose period, and steady-state plasma concentration [8, 10, 11]. Controlled release dosage forms could be formulated in various ways and they follow different mechanisms such as diffusion, dissolution, erosion, ion exchange, and osmotically controlled systems. These systems mechanically control drug release in a précise and predetermined manner to maintain drug plasma levels for a prolonged period [11]. The matrix-based systems are most commonly used due to their efficacy and convenience [12].

The methocel® is white or off white powder [13]. It is inert and gives good control through gel formation and erosion [14].

These polymers can control the release of the active pharmaceutical ingredient [17, 18]. Methocel® and Ethocel® (EC) are effective polymers for formulating matrices. Besides this, the amount and polymer grade control the release profile. HPMC delays release due to gel formation upon contact with the surrounding medium followed by erosion [19]. The chemical and physical structures of the HPMC polymer are shown in Figures 1 and 2 respectively. Hydrophobic polymers slow the release due to their hydrophobicity which distracts the fluids and wettability. The rate of drug dissolution is calculated by the amount of dissolved drug during the time. Dissolution profiles can be examined with model-independent and model-dependent approaches [20-23]. The data shown by model parameters replicated the dissolution pattern of the drug [24-29]. When the dissolution profile at different time intervals is obtained the model-independent approach could be used. The method predicts one differentiation factor (f1), the second one is a similarity factor (f2) [30].

Excel plugin software DDSolver, was applied for the analysis of dissolution models; MS

Where, Weight in grams (g) is denoted by M, the Powder volumes before tapping and after tapping are denoted by Vbulk and Vtapped in mL, and bulk and tapped densities are Pbulk and Ptapped, respectively [32].

Tablet formulation blends were prepared by blending HPMC K4M in various proportions with Domperidone and Avicel PH 101 in a polybag. Magnesium stearate was added in last, mixed and compressed directly on a single punch compression machine. The final weight of the tablet was 150 mg. Table 1 shows the composition of tablets.

The domperidone content in matrices was determined by the following method [32].

The mobile phase comprised of phosphate buffer and methanol (30:70v/v) and was filtered and degassed before use through a 0.2µ membrane filter. The flow rate was set at a rate of 1.0 mL/min and the wavelength was adjusted at 280 nm by a UV detector at a sensitivity of 0.0001.

Accurately weighed twenty tablets, which were randomly selected to obtained their average weight, then crushed them to powder. Equivalent to 10 mg of domperidone, powder of tablets was accurately weighed and taken into a volumetric flask of 50 ml containing mobile phase and shacked for about 15minutes then filtered through Whatman filter paper. The filtered solution was further diluted with mobile phase to obtain a final concentration of 20 mcg/ml.

Each tablet of the randomly selected sample was weighed individually using an analytical balance. Mean and the standard deviation was calculated on MS Excel®.

Crushing Strength: The crushing strength of a randomly selected sample from each formulated experimental batch was examined and noted carefully. Mean and standard deviation was calculated on MS Excel®.

Friability: Randomly selected tablets were weighed and subjected to friability test after test reweighed and friability was calculated according to the following equation:

(Where W1& W2 are the initial and final weight of tablets, respectively)

Disintegration Test: The test was conducted according to USP specifications at 37 ±2 °C in 900 mL distilled water until tablets disintegrated [33].

A beaker containing 250 mL distilled water was taken and a single tablet from each lot was taken and immersed in it for 10 hours at ambient conditions. The swollen tablet was reweighed after every hour. The swelling ratio was calculated by using the equation:

(Weight of tablet before and after swelling denoted by W1 and W2) [34].

In vitro drug release was performed by using USP dissolution apparatus type-II (Paddle apparatus) at the rotation of 50rpm and the temperature of dissolution medium was maintained at 37±0.5°C. 900ml of Phosphate buffer pH 6.8 was used as dissolution medium and the samples were analyzed for 24 hours. The drug release was evaluated by taking a sample of 5 ml (which was replaced with fresh dissolution medium) at a predetermined time interval of 30min, 1, 1.5, 2, 3, 4, 5, 6, 8, 10, 12, 18 and 24 hour. The sample solution was filtrated through a 0.45-μm Whatman filter and absorbance was analyzed at 384nm using UV Spectrophotometer. Cumulative drug release percentage was computed and the mean of six tablets was included in the result [35].

The Model-independent method was used for the similarity factor (f2). The method had been applied for comparison of the release kinetics for produced formulations [Eq. 8].

f2 is the similarity factor is the logarithmic reciprocal square root transformation of the sum of squared error. It is a determination of similarity in % age of dissolution amid two curves. If the reading is between 50 and 100, the release is determined as similar. A decreasing value of f2 is indicative of dissimilar dissolution kinetics [35].

Where, Ti denotes the % of drug under test, reference drug % is denoted by Ri, number of total samples is represented by N.

The results of pre-compression characteristics of formulation blends are given in Table 2.

FT-IR spectrum of domperidone was analyzed and the spectrum shows all characteristic peaks. The post-compression physical parameters and assay results of formulations are given in Table 3. Results of weight uniformity were in the range of 149.78±1.82 to 153.21±1.99 mg and were according to USP's acceptable range of variation of ±5 mg. All formulations displayed friability within limits (less than 1%). Disintegration time was in the range of 4.67 to 6.89 hours and the crushing strength of tablets was in the range of 8.91±1.33 to 12.82±1.68Kg. Assay results showed that the drug concentration of formulations lied between 98.21 and 101.74%.

The results of the assay complied with USP specifications i.e. 95-105% [USP].

The SEM of the optimized formulation showed uneven surface and grooves as showed in Figure 3.

A sustained releasing and acting formulation of domperidone had formulated and estimated for various quality control tests, assay, and dissolution. The findings revealed that the formulation containing methocel® K4M 30% gives the required drug release pattern and pace due to higher viscosity grade from excess entanglement of a polymer. The optimized formulation can be used for nausea and vomiting as a once-daily formulation. It is also cost-effective and would have achieved patient compliance.

Acknowledgments: We would like to thanks Medisure Pharmaceuticals, Pakistan for providing us the Domperidone for Product development and analysis.

Ethics statement: In-vitro testing of the formulated tablets was performed and no animal or human testing was conducted. Ethics statement is not required for such analysis.

20.     Ritger PL, Peppas NA. A simple equation for description of solute release I. Fickian and non-fickian release from non-swellable devices in the form of slabs, spheres, cylinders or discs. J Control Release. 1987;5(1):23-36. 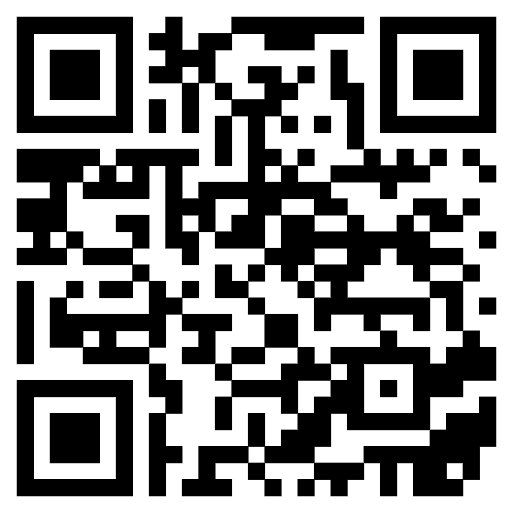